Jo In-sung comes back with "Cold" 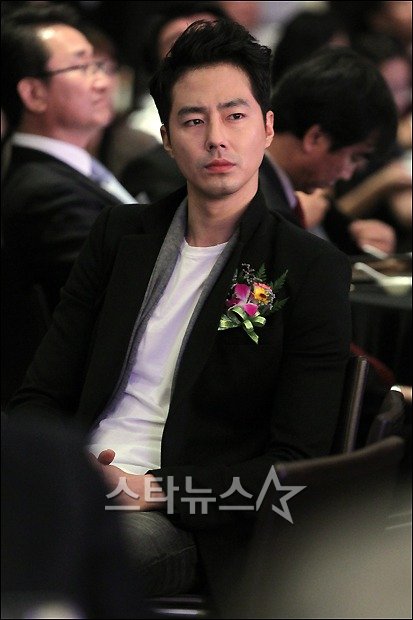 He is currently in the final stages of negotiating terms and conditions. "Cold" is the first movie in nine years by director Kim Seong-su, who directed "There is No Sun", "Beat", "Musa" and 2003's "Please Teach Me English".

Kim Seong-su had been making "One-Armed Warrior", a Hong Kong co-production. "Cold" is going to be produced by Jo In-sung and Sidus HQ. It is about a man and a woman who look for the host of the virus that is fatally spreading.

Jo In-sung was going to make his comeback with the movie "Kwon Bob" in May after his discharge from the military, but that has been indefinitely postponed. While looking for other kinds of work, he received numerous offers from TV dramas and movies. In a situation where movie sales are suffering, it's not easy to find a hidden gem like Jo In-sung.

Several directors have been trying to get Jo In-sung for themselves and have put a lot of effort into wooing him, but in the end he refused all other offers, including drama "The King 2 Hearts".

It seems that Jo In-sung isn't too worried about "Cold" because it's being produced by his own management. Not only does he have faith in Kim Seong-su, he is thinking very positively about many different facets of the film. The management also knows this, so they are waiting optimistically for his final decision.

What Jo In-sung will finally decide on and what his next step will be is on everyone's mind at the moment.

"Jo In-sung comes back with "Cold""
by HanCinema is licensed under a Creative Commons Attribution-Share Alike 3.0 Unported License.
Based on a work from this source