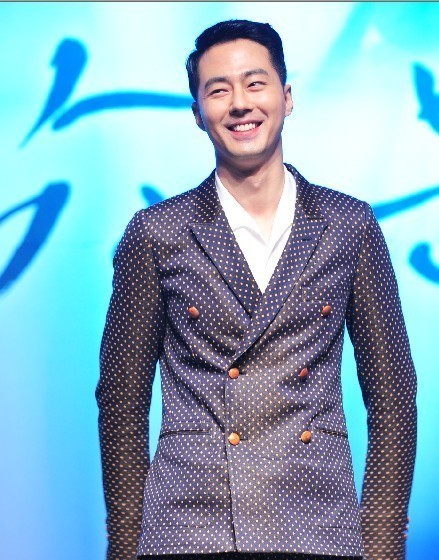 Actor Jo In-sung suffered a hand injury while shooting the upcoming SBS drama "That Winter, the Wind Blows". He was taken to a nearby hospital and stitched 13 times.

After having taken it easy at the hospital, he went back to set and completed the day's scene. A source from the drama said, "He was filming a scene where he hits the wall but a shard of glass next to him broke and hurt his hand. Everyone was shocked at this unexpected accident but his resolute attitude helped to clear things up".

Jo In-sung was able to take a break on the 5th but he has to work again on the 6th. Many are worried that the swelling hasn't gone down yet and are afraid it might get infected from the cold weather but Jo In-sung doesn't seem different.

Apparently his passion towards his work is amazing. He doesn't even show exhaustion in case he might cause trouble in the planned schedule.

Jo In-sung takes on the role of Oh So in "That Winter, the Wind Blows".

This drama will be broadcasted on the 13th of February.

"Jo In-sung gets 13 stitches"
by HanCinema is licensed under a Creative Commons Attribution-Share Alike 3.0 Unported License.
Based on a work from this source