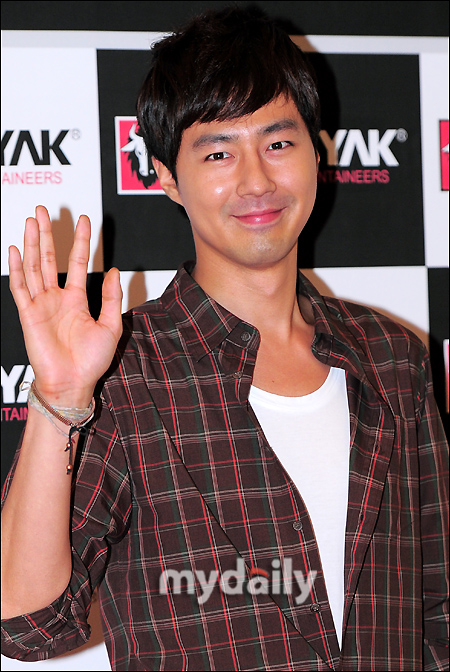 Actor Jo In-sung was on the Channel A talk show "Show King".

He was the first guest in this program, which was shot in a studio in Paju. This is his first talk show ever since his debut. Being evaluated as a 'blue chip' after his national service, he had been denying all the requests to star in programs. This, he said, is thanks to Kim Soo-mi.

Jo In-sung and Kim Soo-mi met as mother and son in the 2003 SBS drama "Something Happened in Bali". After that, they had a special bond and have maintained their more than senior and junior relationship for more than eight years.

The main MC for "Show King", Kim Soo-mi contacted Jo In-sung as her first guest. He said, "Of course I will be there. I will have an empty slot for you to call me whenever". Kim Soo-mi said, "It was a difficult request but he accepted it with no questions".

The taping was delayed an hour and a half but he still showed consideration for the cast and crew. For him, Kim Soo-mi personally prepared eel, oyster and soy bean soup. She said, now's the season and I prepared this for Jo In-sung to gain energy after his recent national service. She also handed him marinated crabs and kimchi after the show.

"Show King" is a real talk program that focuses around stories of stars that the public wants to know. Great cook Kim Soo-mi also prepares food personally for her guests and introduces fusion food. The show will be aired on the 7th of December at 10:40PM.

"Jo In-sung seen on the talk show "Show King""
by HanCinema is licensed under a Creative Commons Attribution-Share Alike 3.0 Unported License.
Based on a work from this source