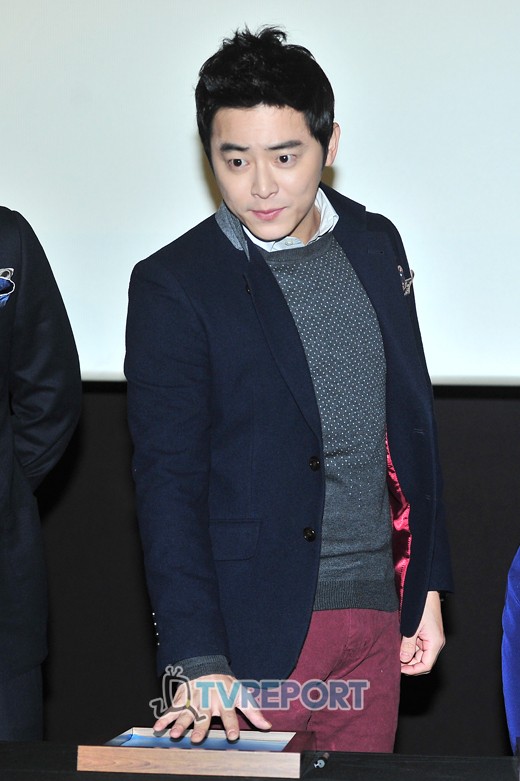 He compared his kissing skills with that of Nap-deuk's, his character in the movie "Architecture 101" at the "2012 Korean Movies Meet 100 Million Audiences" in Seoul on the 6th.

He answered, "If I was Nap-deuk's age then I would say Nap-deuk kissed better than me" when he was asked the question who he thought kissed better.

Jo Jung-suk then continued, "But now I am older than Nap-deuk and I think I might have more experience than him".

Meanwhile, this day's event was held in celebration of Korean Movies breaking through a hundred million audiences. It was a special celebration where hand printing was done, highlight movies were shown and other movie makers along with actors and actresses came together in one place.

The Korean Films Commission showed "Architecture 101" for free as it was selected as the movie that many wanted to watch again.

"Jo Jung-suk, "My kissing? Better than Nap-deuk""
by HanCinema is licensed under a Creative Commons Attribution-Share Alike 3.0 Unported License.
Based on a work from this source