Jo Min-ki: 'I Wanted to Be Actor Since Junior High' 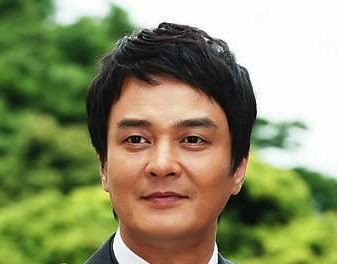 Actor Jo Min-ki, who has recently become famous in Japan since the drama "Queen Seon-deok" was introduced there, was invited to a beauty pageant to select a Japanese representative for the "2010 Miss Korea Beauty Pageant" held at Nakano Zero Grand Hall in Japan on May 30.

In a press conference held before the event, Jo Min-ki said, "The photo exhibition entitled 'Live AFrica' has received a positive response in Tokyo, so the exhibition period has been extended to June 15, though it was originally planned to be finished on May 29. I did not expect that I could exhibit photos in Japan, but I think I was lucky. I want to keep having exhibitions in Japan if I can have the chance".

He continued, "I have enjoyed traveling alone since 14 years ago, so the camera has become a good traveling companion. These days, I go on trips to take photos. I usually like to photograph the scenery and people wherever I go".

Jo Min-ki said about his Japanese fan club (Open the link), which is planned to open on June 21, "As dramas such as 'East of Eden' and 'Queen Seon-deok' are loved by Japanese fans, I was able to come to Japan, and I really appreciate that I can have my own fan club in Japan. Since my second year of junior high school, I only wanted to be an actor -- I did not have any other future goal except that".

Jo Min-ki will play a teacher of four handsome students of Confucianism named Jeong Yak Yong in the drama "Sungkyunkwan Scandal", which has become a hot topic as a member of Dong Bang Shin Ki, Park Yoo-chun, has been cast as the main lead.