Jo Yoon-hee not to star in "Full House 2" 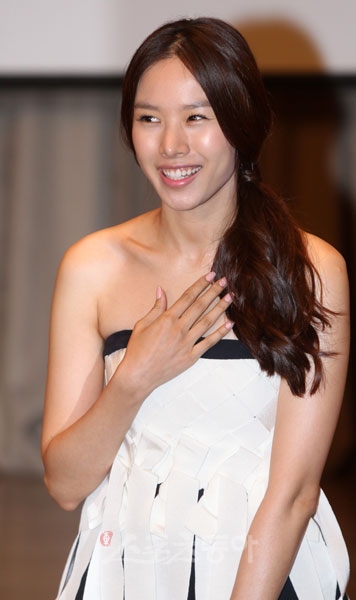 Actress Jo Yoon-hee will not be in the drama "Full House 2".

Jo Yoon-he was looking forward to starring in this drama as Jin Se-ryeong, the femme fatal with the face of an angel, but this will not be happening as she can't figure out her schedule.

Her management officials said, "While negotiating terms with "Full House 2", an overlapping of her schedules occurred and she won't be able to do it. This decision was made with reasonable agreement with the production".

"Full House 2" is based on Won Soo-yeon's 2004 original in and is the drama that created great fame for Rain (Jeong Ji-hoon) and Song Hye-kyo.

The cast is so far made up of Hwang Jung-eum, No Min-woo, Park Ki-woong and more. "Full House 2" will be shown in Japan next March before it is done so in Korea.

"Jo Yoon-hee not to star in "Full House 2""
by HanCinema is licensed under a Creative Commons Attribution-Share Alike 3.0 Unported License.
Based on a work from this source