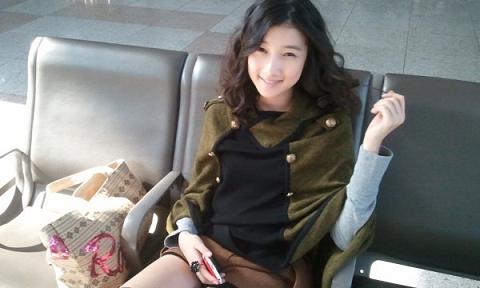 Actress Joo Da-young has been cast for the main role in "Holy Land".

Based on a Japanese original, "Holy Land" deals with a gang group in a high school and is directed by Park Ki-hyeong, who also did "Gangster High" and "Momento Mori". It will be shown on OCN in four different series.

Joo Da-young will be playing the role of Sang-mi, who is strongly ambitious and caring, and will star opposite Yoo (Dongho). She is a very caring and considerate girlfriend who adds softness to the story, which could seem very tense.

Joo Da-young and Dongho have worked together once before, in the sitcom "Real School!". This will be their second time working together.

Joo Da-young has caught the eye of Park Ki-hyeong ever since their very first meeting and is looking forward to the image she will bring to this drama.

Meanwhile, Joo Da-young is currently an MC for the EBS TV program "Tok Tok Boni Hani" and is in the MBC weekend drama "Feast of the Gods".

"Joo Da-young cast for "Holy Land" with U-Kiss's Dongho"
by HanCinema is licensed under a Creative Commons Attribution-Share Alike 3.0 Unported License.
Based on a work from this source