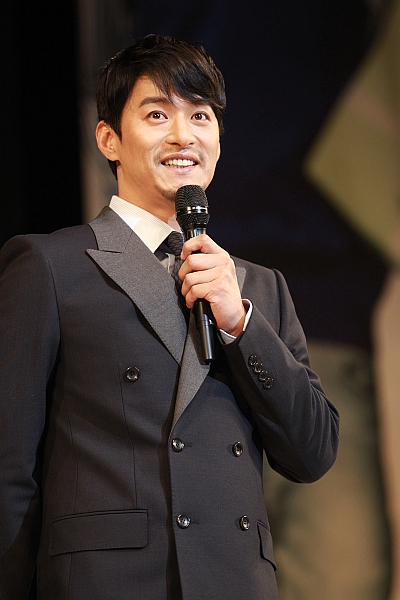 Korean actor Joo Jin-mo will release a digital single this week, according to his agency JM Company on Wednesday.

JM announced in a press release that Joo's rendition of "Like Rain, Like Music", by late singer Kim Hyun-sik, will be unveiled online along with its music video on September 9.

"I'm embarrassed to be revealing a song which I sang to the whole world", Joo was quoted as saying. "But I decided to release the song since it was received favorably amongst fans in Japan when I sang it there".

Joo first sang "Like Rain, Like Music" during his first fan meeting in Japan at the Nakano Sun Plaza in Tokyo in July.

He recently finished shooting historical film "Gabi" (tentative title) in which he plays a brilliant swindler and a double spy opposite actress Kim So-yeon.

"Joo Jin-mo to release digital single this week"
by HanCinema is licensed under a Creative Commons Attribution-Share Alike 3.0 Unported License.
Based on a work from this source