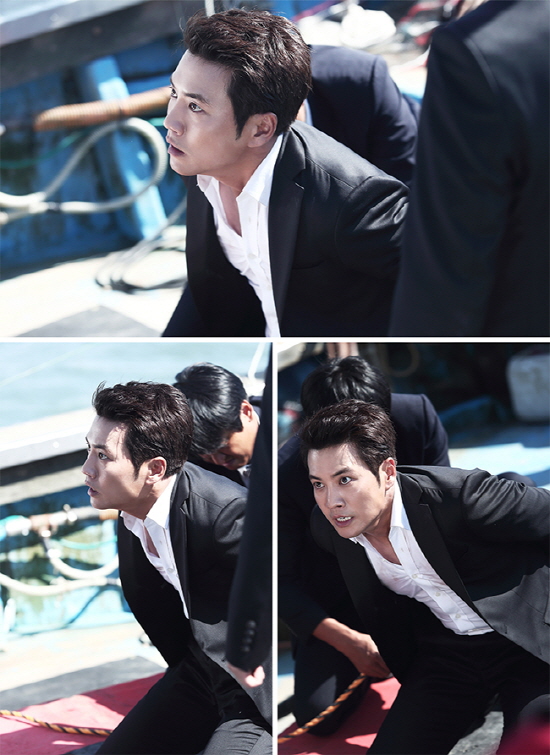 On September 17th, MBC's new Monday & Tuesday drama, "Glamorous Temptation" has unveiled the still images of the leading actor Joo Sang-wook in his first take of the drama.

In the revealed images, Joo Sang-wook is being threatened by a group of unknown men in black suits. From his desperate facial expression while he is on his knees, we can tell he fell into a serious situation.

The filming was done on September 10th while the temperature reached 29 degrees celsius. Although it took the continous four to five hours under the hot weather, Joo Sang-wook's own unique charisma shined in the harsh situation.

The production team said, "Joo Sang-wook was absolutely professional without showing any sign he was exhausted throughout the first take despite the hot weather. We're working hard to create each scene near perfection".

"Glamorous Temptation" is slated to begin on October 5th after the completion of "Splendid Politics".

"Joo Sang-wook shows off charisma in first take of 'Glamorous Temptation'"
by HanCinema is licensed under a Creative Commons Attribution-Share Alike 3.0 Unported License.
Based on a work from this source