Joo Won and Lee Tae-ri compete in crying on 2BiC 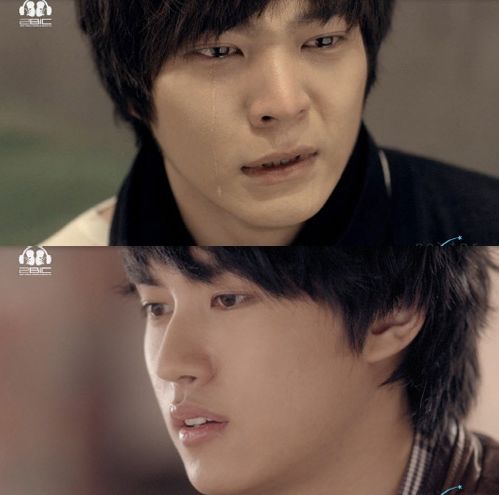 The two actors appeared in their title song, "I Made Another Girl Cry", and seemed as if they were comforting themselves here for the incident they experienced on "The Sun and the Moon".

Lee Min-ho and Joo Won almost met as child and grown up actors on the drama "The Sun and the Moon". However, Joo Won couldn't make it for the drama due to his schedules. 2BiC's agency paired up Joo Won and actress Kang Byul and Lee Min-ho with Hwang Eun-mi and made them act out a sad situation. Joo Won cried for 8 hours of the 12-hour shoot.

"Joo Won and Lee Tae-ri compete in crying on 2BiC"
by HanCinema is licensed under a Creative Commons Attribution-Share Alike 3.0 Unported License.
Based on a work from this source