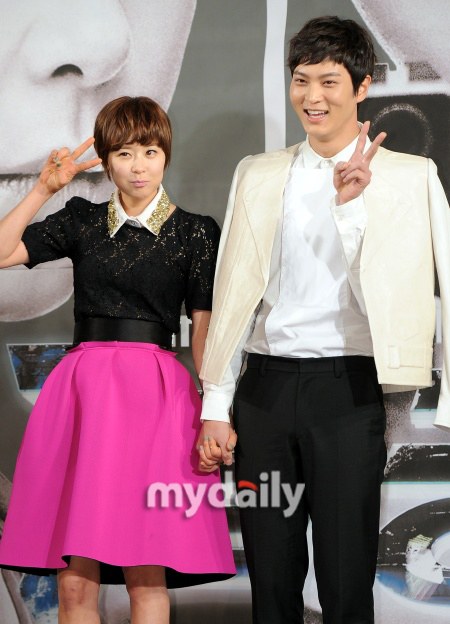 Actor Joo Won said something meaningful while actress Choi Kang-hee denied the scandal between them.

Choi claimed she was attracted to Joo Won on the SBS TV program "Hwasin" but said she wouldn't say yes if he asked her out.

Choi Kang-hee said, "We became close thanks to the drama. He has an attractive personality. He couldn't even meet my eyes at first but then started coming closer as time went by".

Joo Won said, "It looks like it's my fault. I won't do that again. It'll be ok when time passes by" on Twitter. Suspicions about this post increased when actor Lee El commented, "Tap tap" to this post.

Netizens say, "They must've really liked each other", "Can't Joo Won forget about her yet?", "They make a good couple" and more.

Meanwhile, Choi Kang-hee claimed that she'd been out with two actors she's worked with.

"Joo Won claims, "It's my fault" on Twitter"
by HanCinema is licensed under a Creative Commons Attribution-Share Alike 3.0 Unported License.
Based on a work from this source