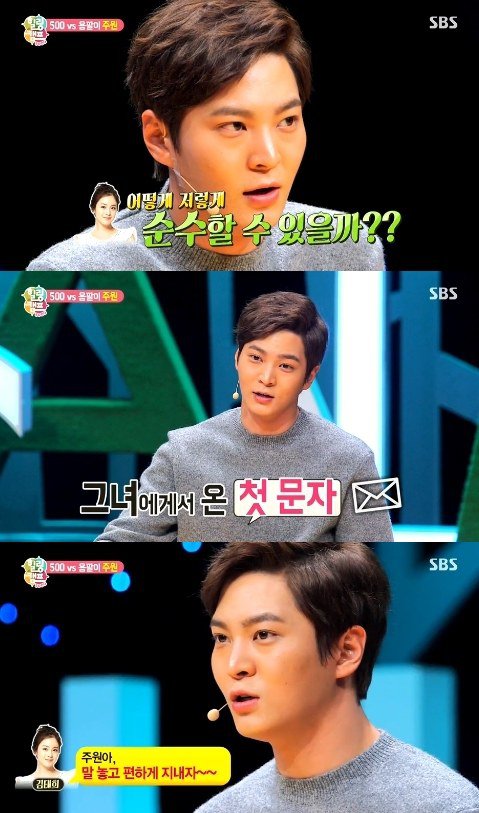 Kim Tae-hee said in the video letter played during the show that she became closest to Joo Won among all of her partner actors whom she had played with so far. Joo Won responded saying also that Kim Tae-hee was the closest one to him.

Joo Won continued on, "Kim Tae-hee is really humble. The next day after the script reading, she texted me saying, 'Drop honorifics in talking to each other and let's get along comfortable around each other'.

He also said, 'There were many times that made me think that, while working in the entertainment circle for such long time, how can someone be so purehearted still?" and "I am thankful that she created such loving emotions in me so I can actually love Yeojin while I was acting".