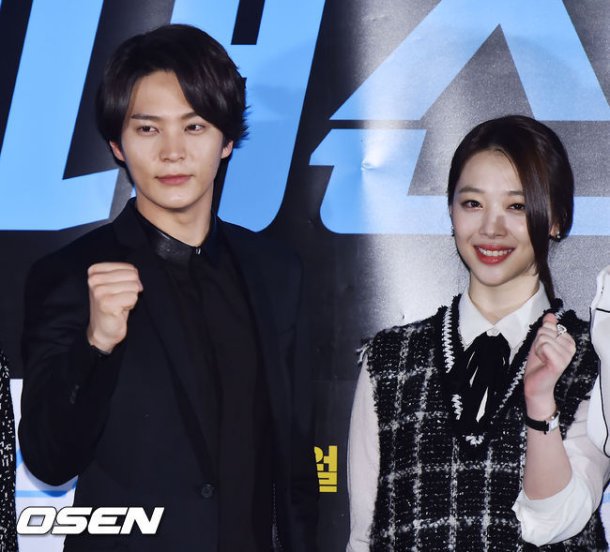 Joo Won claimed that he felt bad for his co-star Sulli (Sulli) in "Fashion King - Movie".

At a media day with the press on the 4th, Joo Won said, "I feel bad that Sulli breaks apart for the movie".

"She made herself look ugly with glasses and messy hair for a long time. She looked like "The Slave Hunters" and it really hurt me to see her like that. (Laughs) I have pictures of her like that on my cellphone".

About Sulli's acting, Joo Won said, "Sulli has always been a good friend. She was great in the movie, too".

Meanwhile, "Fashion King - Movie" is about a man who opens his eyes to fashion and decides to become the greatest man of all starring Joo Won, Sulli (Sulli), Ahn Jae-hyun, Park Se-young, Kim Sung-oh and others. To be released on the 6th of November.

"Joo Won, "I feel bad for Sulli""
by HanCinema is licensed under a Creative Commons Attribution-Share Alike 3.0 Unported License.
Based on a work from this source