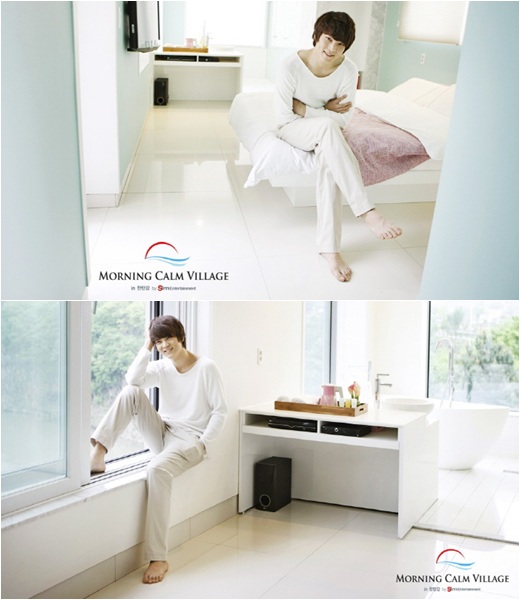 Actor Joo Won is continuously taking over the commercial business this early half of the year.

He is benefiting from the 'national drama' and 'national entertainment' effect, rising as the best blue chip in the 2012 commercial business.

In following his tremendous reputation in the KBS drama "Ojak Brothers" which rated over and under 40%, he is also starring in the KBS TV program "1 Night 2 Days" and getting a whole lot more attention.

His increasing popularity is leading right to advertisements. As soon as he started "1 Night 2 Days" he started modeling for the outdoor brand 'Mountia" and has also recently signed a contract with causal brand 'Edwind'.

There are many reasons for this up-climbing popularity. He is the perfect example of the most assiduous guy coming from his warm smile to the way he talks. He also mastered the art of dancing and singing through the musicals he's done so far and he has a firm base in acting.

Also, his cute and popular appeal in the TV programs has led to the many love calls he's been getting from advertisement companies.

Meanwhile, Joo Won will come back with the drama "Bridal Mask" in May. This drama worth 10 billion won is based on the 1974 comic, "Bridal Mask".

"Joo Won rises as the blue ship of dramas and advertisements "I Night 2 Days effect""
by HanCinema is licensed under a Creative Commons Attribution-Share Alike 3.0 Unported License.
Based on a work from this source