Joo Won "UEE is so pretty" 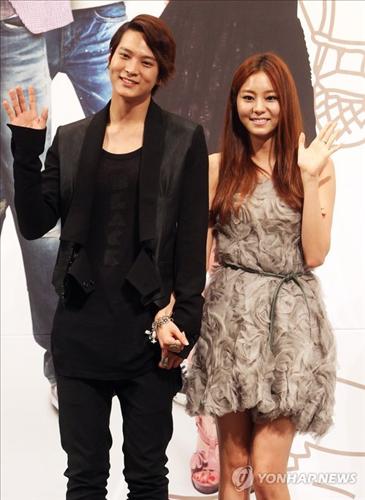 "UEE is really very pretty. She is well behaved and is very good at acting too. Everyone just has to love her".

Actor Joo Won (25) couldn't stop complimenting UEE (24), whom he is coupled with in the KBS 2TV drama "Ojak Brothers".

Joo Won recently had an interview with Yonhap News and said, "UEE works really hard. I've seen her since school and she was always a striking junior of mine. We met for the first time in a while through this drama and I was curious if she had changed, but she had not at all".

Joo Won and UEE are from the Department of the Performing Arts in Sungkyunkwan University.

He said, "She was very concerned about the fact that she was a singer turned actress. Now that she's playing the role, every one is nice to her because she works so hard".

He said that he felt bad for her when she had to go through her After School schedule along with the drama.

"She seemed really tired at the end of the year I felt so bad for her. But surprisingly she was like a super-human and did everything. I think she's doing a very good job".

"Joo Won "UEE is so pretty""
by HanCinema is licensed under a Creative Commons Attribution-Share Alike 3.0 Unported License.
Based on a work from this source