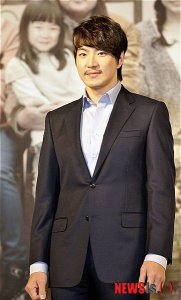 A female journalist has received a jail term for falsely accusing actor Song Il-gook of violence.

A Seoul high court Wednesday handed down an eight-month prison sentence to 43-year-old Kim Sun-hee. She had been indicted without physical detention for the false accusation charge.

Kim sued Song in January last year, claiming that the actor beat her when she tried to interview him near his house in Seoul. She made an entertainment daily reporter write an article titled, "Song beats up a female journalist, having her receive medical treatment for six months".

She was indicted for defamation and got a one-year jail term in a lower court. "We could not accept testimonies from other reporter witnesses, as they often changed their testimonies. We do not recognize Kim's claim that the surveillance camera records at Song's apartment were fabricated", the court said.

Kim had no external wounds, and the written diagnosis after the incident also did not prove her claims, it said.

"A heavy punishment is inevitable because Kim has neither apologized, nor showed a sign of regret, even though the case damaged the actor's image", it said.