JTBC in Controversy for "When the Day Breaks" Following "Snowdrop" 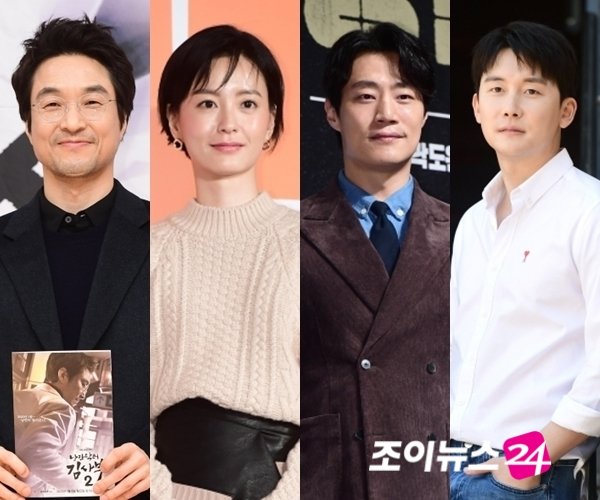 JTBC has been at the center of controversy again with "When the Day Breaks" following "Snowdrop".

JTBC's new drama "When the Day Breaks" is a story about a suspect, a forensic scientist from the National Forensic Service, and a profiler trying to get the truth out of a peaceful city center, with gunfire and a suspected terrorist being captured starring Han Suk-kyu, Jung Yu-mi, Lee Hee-jun, Kim Jun-han, Yeom Hye-ran and others.

The work is based on Tzu Jin-cheon's "Nightlife", one of the leading writers of Chinese mystery novels. The problem lies with this original work.

The online community is pointing out that the Chinese government glorified the Chinese Communist Party, citing its active promotion when the book was published. Amid intensifying anti-China sentiment in Korea due to China's Northeast Project, some are questioning whether it is appropriate to air a drama adaptation of the original. It is also problematic that writer Tzu Jin-cheon left a post disparaging Hong Kong democratic activists in 2019.

Prior to this, JTBC is also having a hard time with "Snowdrop". The controversy arose as the content of "Snowdrop" currently being filmed was criticized for disparaging the democratic movement and glorifying spies and security agencies. In response, JTBC explained on two occasions, "It is not related to the democratization movement and it is absolutely not glorifying spies or security agencies".

Nevertheless, the public is refuting JTBC's statement one by one and demanding that the production be stopped. In the midst of this, JTBC is in another difficult situation as "When the Day Breaks" was also opposed by the public even before the airing. Attention is focusing on what position JTBC will convey to concerns about "When the Day Breaks".