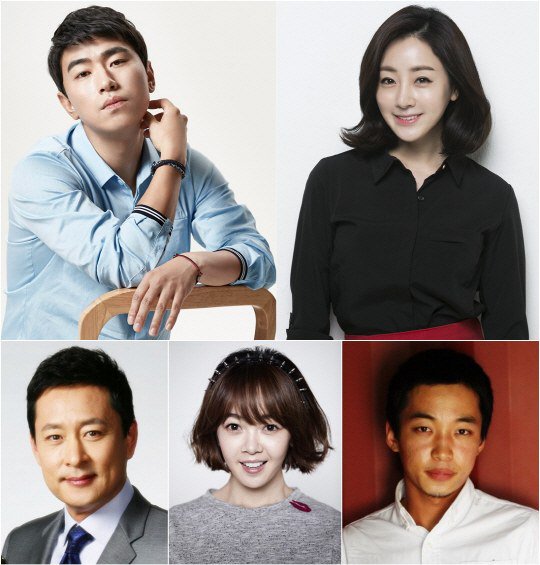 Actor Lee Si-eon who has been standing out in dramas and TV shows takes on the role of Chairman Ji of Chewing Entertainment in which Hallyu star Yeo Woon-gwang (Park Sung-woong) belongs to.

He is the supporter of Kim Seol-woo (Park Hae-jin), Yeo Woon-gwang and Mo Seung-jae (Yeon Jung-hoon).

Oh Na-ra is Sharon Kim, Song Mi-eun's (Chae Jung-an) friend and owner of a luxury brand shop in which Yeo Woon-gwang is the face of. Oh Na-ra is a scene stealer as she has impressed many with her performance in "Yong Pal", "Remember", "Please Come Back, Mister" and "The Flower in Prison".

Kim Byung-se plays Cha Myeong-seok, father to Cha Do-ha who is Yeo Woon-gwang's fan and manager. He has spent time in prison and his past is covered in a veil.

Oh Hee-joon who appeared in "Cheese in the Trap" as Jae-woo, Lee Sung-kyung's senior, takes on the role of Yang, Yeo Woon-gwang's general manager. Park Hae-jin suggested this actor which proves how loyal they are to each other.

Meanwhile, "Man to Man" is the story of a ghost secret agent named Kim Seol-woo and the several 'man' around him. The drama is pre-produced and it's set for release early next year.-

"JTBC "Man to Man" line-up, Lee Si-eon and Oh Na-ra"
by HanCinema is licensed under a Creative Commons Attribution-Share Alike 3.0 Unported License.
Based on a work from this source