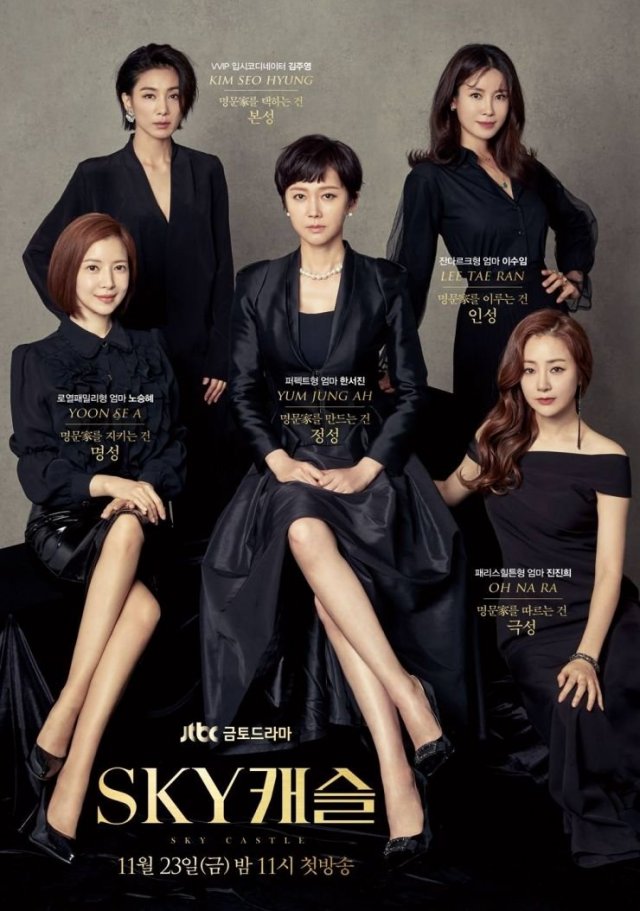 At the "2019 Brand of the Year Awards" hosted by the Korea Consumer Forum, "SKY Castle" was chosen as Drama of the Year.

According to a nationwide brand vote conducted from May 30th to June 13th, "SKY Castle" received 329,663 votes out of a total of 1,346,323 in consumer participation. Other nominees for the same category were tvN's "Her Private Life", SBS's "The Fiery Priest" and "The Last Empress". JTBC was been selected for "Pretty Sister Who Buys Me Food" for the 2018 drama of the year award, marking the second consecutive year that jTBC has been selected for the drama of the year piece.

"SKY Castle" is about what happens in SKY Castle, where the top 0.1% of the rich live together. The outstanding workmanship and performances by its actors created a syndrome, and it had the highest ratings for non-terrestrial dramas, reaching over 20%.

Celebrating its 17th anniversary, "Brand of the Year" is held every year to select the best brand that shone throughout the year and inform consumers. The nationwide brand vote was conducted for consumers aged 15 or older living in the country online and via mobile.

"JTBC "SKY Castle", Drama of the Year"
by HanCinema is licensed under a Creative Commons Attribution-Share Alike 3.0 Unported License.
Based on a work from this source