JTBC to Organize Saturday-Sunday Dramas in September Starting With "Lost" 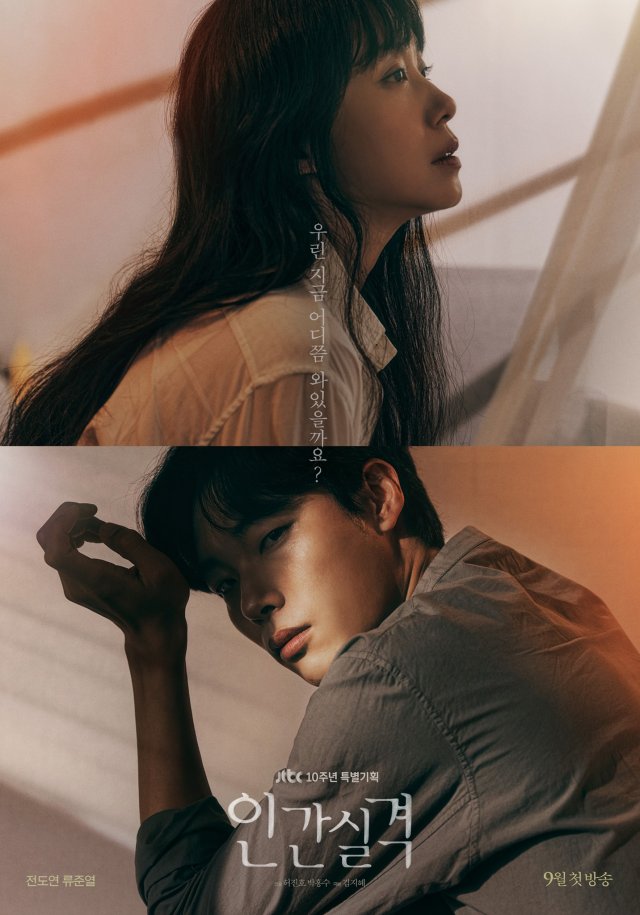 JTBC will reorganize its programs over the weekend in September.

JTBC will air a drama on Saturday and Sunday in September. The first runner-up of the reorganized Saturday-Sunday drama is "Lost" which will premiere on September 4th, and the broadcast time is 10:30 PM.

"Lost" is a drama about a woman who is lost without being anything (Jeon Do-yeon) and Kang-jae (Ryu Joon-ryeol), a man at the end of his youth who is afraid of being nothing. Director Heo Jin-ho, who created numerous masterpieces such as "Forbidden Dream", "The Last Princess" and "Christmas in August" and Jeon Do-yeon who is returning to drama for the first time in 5 years and Ryu Joon-ryeol, are drawing attention even before the broadcast.

Yoon Hee-woong, head of JTBC's Content Strategy Office, explained the purpose of the reorganization, "We have carried out the reorganization to provide the best content for the best time zone, reflecting the changed weekend evening life patterns".

In the meantime, JTBC is also considering reorganizing its weekend entertainment programs including "Knowing Brothers" in September.