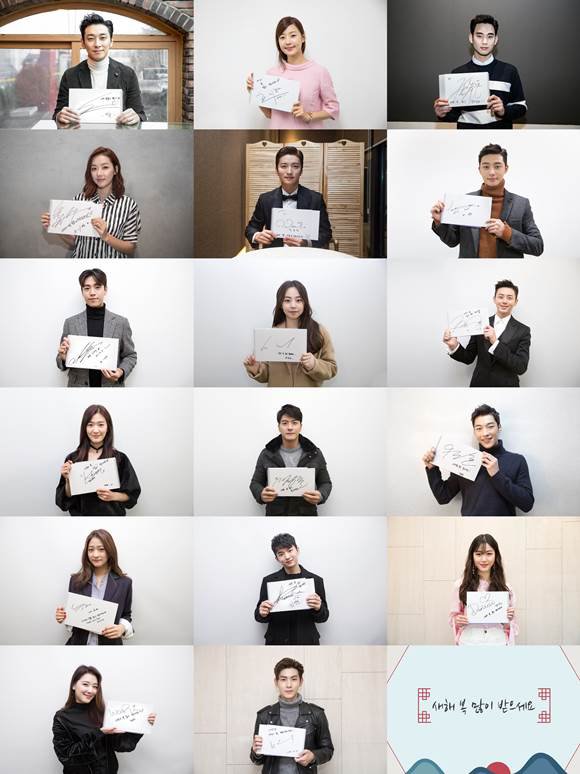 Plans for the year 2017 were also released. Uhm Jung-hwa is starring in the MBC drama "You're Too Much" and is coming back with a ground-wave drama for the first time in 8 years. Ju Ji-hoon is coming back with a movie called "The Spy Gone North" and Kim Soo-hyun in a noir movie called "Real". Park Seo-joon who is currently in the KBS 2TV drama "Hwarang", he's also filming the movie "Midnight Runners".

In Gyo-jin is coming back at the end of February with "The Perfect Wife", Ahn So-hee with a movie "A Single Rider" on the 22nd of February, Lee Hyun-woo with a tbN drama "The Liar and His Lover" and Kim Hye-in with a movie called "The Chase".

"Ju Ji-hoon, Kim Soo-hyun and KeyEast artists send New Year's greetings "
by HanCinema is licensed under a Creative Commons Attribution-Share Alike 3.0 Unported License.
Based on a work from this source