July and August "Leafie, A Hen Into the Wild" vs "The Front Line" vs "Sector 7" vs "Quick" 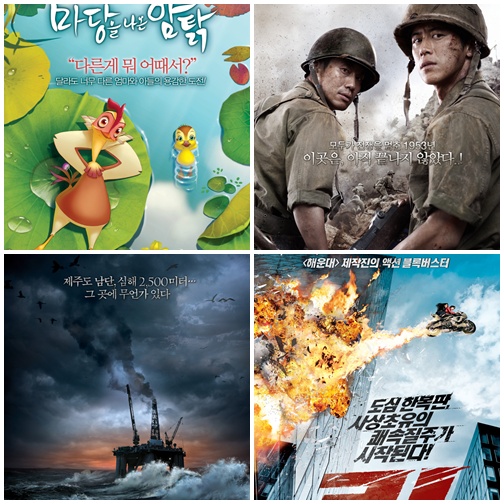 The one and only animation, "Leafie, A Hen Into The Wild" that's coming out in the summer season this July and August has to put up a fight with major movies "Sector 7", "The Front Line" and "Quick".

"Leafie, A Hen Into The Wild" is coming this 28th of July and is an animation about hen Leafie and wild duck Greenie who come out into the wild and go on an adventure.

This is a blockbuster sized animation adapter for from best seller that accumulated sales of a million copies, a 6 year period of production, voice casts of Moon So-ri, Choi Min-sik, Park Chul-min and others and simultaneous release in Korea and China. It is also the first animation challenge by Myong Films which has created many commercial movies like "JSA - Joint Security Army", "Forever the Moment", "Cyrano Agency" and 30 or so others.

"July and August "Leafie, A Hen Into the Wild" vs "The Front Line" vs "Sector 7" vs "Quick""
by HanCinema is licensed under a Creative Commons Attribution-Share Alike 3.0 Unported License.
Based on a work from this source