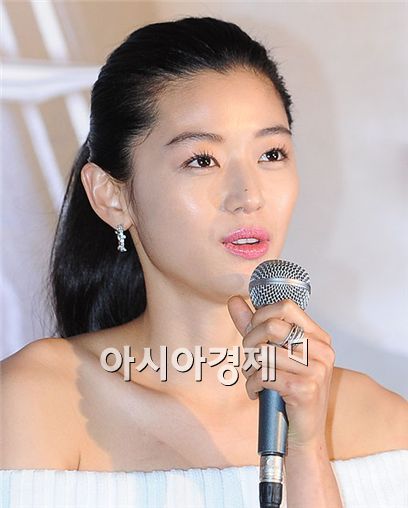 A representative for Korean actress Jun Ji-hyun has denied recent rumors that she will be setting up her own agency after parting with her 13-year management company Sidus HQ in June.

Recent media reports said the 29-year-old actress will be going solo after her contract with Sidus expires, but an official at the agency dismissed the rumors, saying that such talks "always come up" around the time of her contract renewal.

"As you know, Ji-hyeon has been with the agency for over ten years since her middle school days", the official at Sidus explained. "It is up to her and we haven't talked with her yet, but I think she will be staying with us".

Last year, the actress was engulfed in an ugly scandal where her agency illegally duplicated her mobile phone and had tapped into her phone records. While many expected her to leave the agency, she surprised everyone by extending her contract with Sidus for an additional year.

Jun Ji-hyun, whose English name is Gianna Jun, is one of the most sought-after actresses in Korea. She became a household name after starring in the 2001 hit film "My Sassy Girl" which spawned a Hollywood remake.

Since making her international debut last year through film "Blood: The Last Vampire", she has been filming "Snow Flower and the Secret Fan" with Hollywood actor Hugh Jackman and Chinese actress Li Bingbing.

"Jun Ji-hyun dismisses rumors about going solo"
by HanCinema is licensed under a Creative Commons Attribution-Share Alike 3.0 Unported License.
Based on a work from this source