Jun Ji-hyun, Lee Jung-jae and Cho Jin-woong, why they chose "The Assassination" 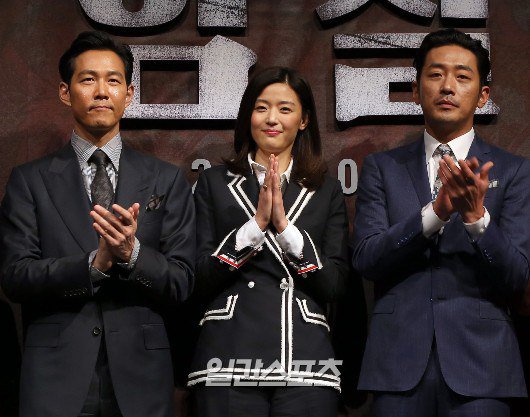 How did class A stars like Jun Ji-hyun, Lee Jung-jae and Ha Jung-woo get together for producer Choi Dong-hoon's "The Assassination"?

"The Assassination" is the newest work by Choi Dong-hoon in 3 years. Based in 1930 Shanghai and Kyeong-seong, a group of asassins (Jun Ji-hyun, Cho Jin-woong and Choi Deok-moon) are rounded up to kill the pro-Japanese group. The movie was everyone's interest from the early stages of production with an incredible cast made up of Jun Ji-hyun, Lee Jung-jae, Ha Jung-woo, Oh Dal-soo, Cho Jin-woong, Choi Deok-moon and more. The power of this cast is good enough to make 2~3 movies. This round-up was only possible because of Choi Dong-hoon's 'story'. The fact that the movie deals with the 1930s, the set in Kyeong-seong and Shanghai and how each and every character is portrayed in three-dimensional ways drew everyone's attention. Stories from behind the scene from the producer and cast of "The Assassination" were told at the production premiere on the 22nd. 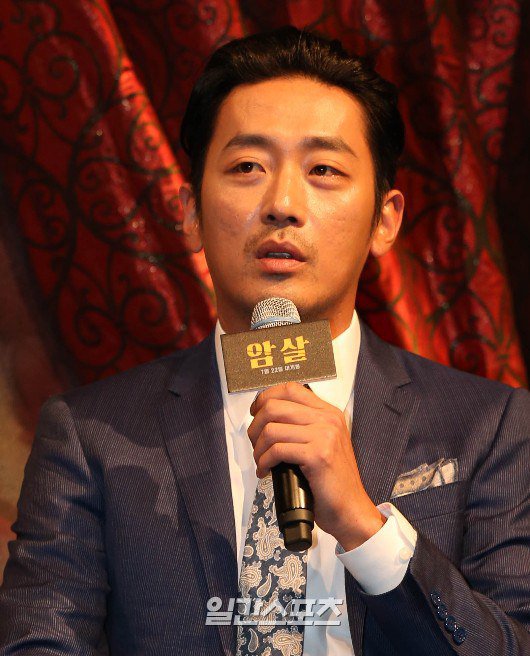 -Why did you decide to do this?

Ha Jung-woo, "It was 2 years ago at the Busan International Film Festival when I spoke to Choi Dong-hoon about "The Assassination". We talked over dinner. As a fan of his who enjoyed his past work, having the chance to work with him was such a thrill. I really did want to work with him one day. So I didn't hesitate when I was offered a role. I also liked the name Hawaii Pistol. 50% of the reason I decided to do it was because of the name".

Lee Jung-jae, "I was excited when I got the script. I worried if I would be able to do it. I think of an image naturally when I look at Choi Dong-hoon's work. It's even better because all the characters are alive. I knew this was going to be a good movie". 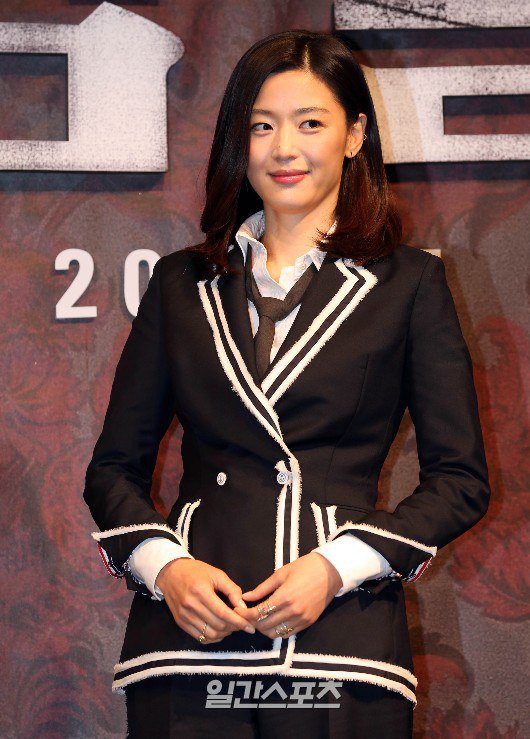 Jun Ji-hyun, "I've known Choi Dong-hoon since "The Thieves" and we talk a lot. We even spoke about what his next film would be after "The Thieves" while we traveled abroad promotionally. Then one day he told me he was working on "The Assassination". I was surprised when I saw what it was. It was a really fun story and I fell for it. The character was a plus too".

Cho Jin-woong, "I was grateful that there was such a story. I wondered how exciting it would be when the movie was released to the public. I liked the weight of the movie too. Also, I played a Japanese character in "The Admiral: Roaring Currents" so I wanted to play a Korean character next. My character in "The Assassination" is a solider for national independence. I knew I had to do it right away".

Choi Deok-moon, "My lines in "The Thieves" were mostly Chinese so many people think I am Chinese. I wanted to try someone Korean next time and it just so happened that this time, I am playing a Korean character".

-What was your intention behind the movie?

Choi Dong-hoon, "There was something I wanted to try after "Tazza: The High Rollers" but it fell through. The 1930s could be an era of romance but it interested me that it was still a time of struggle for independence".

-The scale of the movie is quite large.

Choi Dong-hoon, "The set looks outstanding through footage or pictures. I personally think actors and actresses are good at what they do when they are who they are supposed to be in the movie and in a set like this. It might be tiring but they will concentrate better". 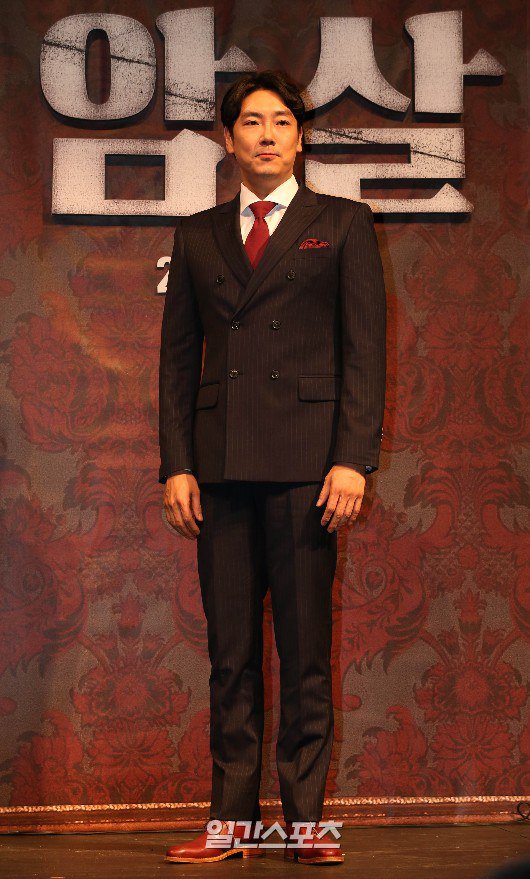 Cho Jin-woong, "The set was great. I was happy while I was there. The camera rail looked like train tracks as it was really long".

Choi Deok-moon, "I thought to myself, 'it's big' when I first saw the set. Lights came on at night but it didn't seem like night. It felt like daytime in a city. The camera rail was really long and we had to do 'long takes'".

-The movie cost 18 million won to make, any pressure?

Choi Dong-hoon, "I thought I was going crazy as I wrote the scenario. The budget was expanding more and more so I couldn't sleep. However, pressure disappears while you make the movie like a runner who doesn't feel anything after 30km. Instead, I work harder to make sure the money doesn't go to waste".

-We can wait to see the new Jun Ji-hyun with the new hair and look.

Jun Ji-hyun, "I cut my hair short but I concentrated more on shooting a gun. I had to look natural as I was a sniper so I practiced a lot. I became better the more I shot my scenes. I even shoot guns to relieve stress".

Choi Deok-moon, "Jun Ji-hyun is amazing. Usually, your eyes blink when you shoot but she didn't".

Lee Jung-jae, "I wanted to understand my character and express him naturally. I prepared even the smallest details. I lost weight because I figured he was a sensitive type of person. I asked our set cook not to marinate my food. We usually talk about today and tomorrow after the day's work is done over some beers but I drank soda instead. I just wanted to do my best for the sake of everyone around me who were doing their best. I wanted to look sharp by losing weight and I wanted to do it dramatically. I bullied myself".

-Who is the most different in front of camera and behind it?

Choi Deok-moon, "I think it's Jun Ji-hyun. She's very carefree outside of the frame".

-What do you want to deliver to your audience?

Choi Dong-hoon, "I was singing the National Anthe, of Korean after we were done with the Shanghai scene. I thought about precious things in life thanks to this movie. I felt patriotic and I hope everyone else does too. If "The Thieves" was like a picnic, "The Assassination" is like going hiking".

"Jun Ji-hyun, Lee Jung-jae and Cho Jin-woong, why they chose "The Assassination""
by HanCinema is licensed under a Creative Commons Attribution-Share Alike 3.0 Unported License.
Based on a work from this source