Jun Ji-hyun to appear in new film with Zhang Ziyi 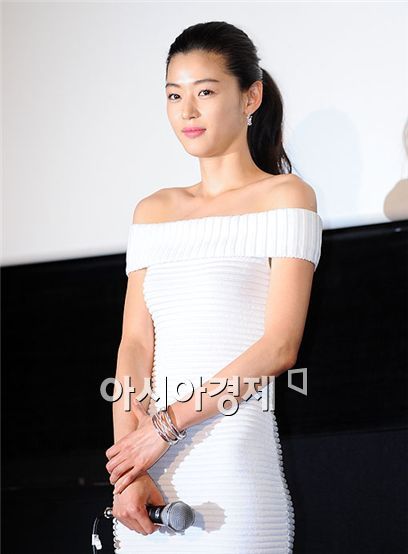 Korean actress Jun Ji-hyun is set to appear alongside Chinese movie star Zhang Ziyi in a new film by Wayne Wang, according to her agency Sidus HQ on Wednesday.

The film, titled "Snow Flower and the Secret Fan", will be based on the 2005 novel of the same title by Chinese-American writer Lisa See.

Set in 19th century China, the film chronicles the lives of two women -- Lily and Snow Flower -- and their intimate lifelong friendship. Chinese actress Zhang Ziyi is set to play the main character Snow Flower while Jun's role in the film has not been decided as of yet.

Wanye Wang, a Chinese-American filmmaker, has directed several notable movies such as "The Joy Luck Club" (1993), "Maid in Manhattan" (2002) and "Smoke (1995)", for which he won the Silver Bear award at Berlin International Film Festival.

Jun Ji-hyun, whose English name is Gianna Jun, is one of the most sought-after actresses in Korea. She became a household name after starring in the 2001 hit film "My Sassy Girl" which spawned a Hollywood remake. She made her international debut last year in the film "Blood: The Last Vampire".

The actress is currently in China to prepare to go into shoot.

"Jun Ji-hyun to appear in new film with Zhang Ziyi"
by HanCinema is licensed under a Creative Commons Attribution-Share Alike 3.0 Unported License.
Based on a work from this source