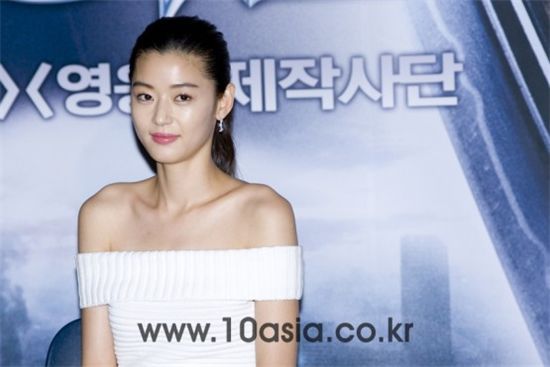 Korean actress Jun Ji-hyun has been cast in the new Wayne Wang pic alongside Chinese actress Li Bingbing and Hollywood star Hugh Jackman, according to her agency Sidus HQ on Wednesday.

Jeon will be playing the role of Snow Flower, one of the two main characters in the film "Snow Flower and the Secret Fan", which will be helmed by "Joy Luck Club" director Wayne Wang, Sidus HQ announced in a press release.

"Wayne Wang had asked Jun Ji-hyun to work with him several times since seeing her in the film 'My Sassy Girl', which was very popular in the Chinese market", an official at Sidus was quoted as saying. "Both Jeon and director Wayne Wang are ecstatic about working together for this film".

Chinese movie star Zhang Ziyi was originally due to play the lead and also produce the film, but Singaporean media Channel News Asia reported last week that both Zhang and Jeon had pulled out of the project and that producers were looking for replacements.

Top Chinese actress Li Bingbing, who has appeared in dozens of TV dramas and movies, is set to play a role opposite Jeon and Australian actor Hugh Jackman of "X-men" fame is slated to play the male lead.

Set in 19th century China, "Snow Flower and the Secret Fan" chronicles the lives of two women -- Lily and Snow Flower -- and their lifelong, intimate friendship. The two women, who were each other's soulmates, exchanged poetry and letters written in a secret language on a fan. The film is based on the 2005 novel of the same title by Chinese-American writer Lisa See.

Shooting for the film kicked off yesterday while Jackman will join the cast around mid-February.

"Jun Ji-hyun to star in Wayne Wang film with Hugh Jackman"
by HanCinema is licensed under a Creative Commons Attribution-Share Alike 3.0 Unported License.
Based on a work from this source