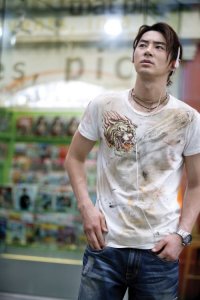 Shinhwa member Jun Jin will hold his first solo concert in Japan, the same year Shinhwa reaches the 10-year anniversary of their debut.

Jun Jin has planned two performances on the 26th (2pm, 7pm) at the C.C. Lemon Hall in Tokyo for 5000 fans. There was only one show originally scheduled but when the 2500 tickets sold out in five minutes, they decided to add another performance.

Since this is Jun Jin's first solo concert in Japan, he sought out director Kim Seo-ryong, one of the best in the field at stage productions for concerts. They are also planning a pan-Asian tour during which the singer's first solo album will be released to coincide with his concert in Korea.

Prior to his Tokyo concert, Jun Jin is scheduled to meet fans for a two-day trip through Fukushima, Japan. They will dine together, play group games, take commemorative photos, and the singer will sign personal autographs.