Jung Da-bin, "Go Soo is somewhere between 'oppa' and 'uncle'" 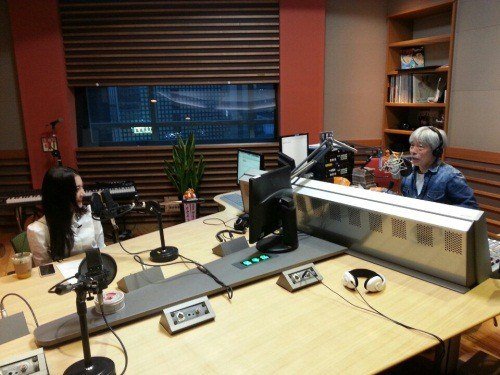 Jung Da-bin is 16 this year and she appeared on the MBC FM4U "Bae Cheol-soo's Music Camp" with her 11 year-old sibling.

Jung Da-bin spoke freely of her school life, her thoughts about acting, respected actors, "Flower In Prison" and the atmosphere.

About Go Soo, she said she thinks of him as someone between 'oppa' and 'uncle'.

The young actress enjoys listening to Indie music and introduced songs like Tori Kelly's "Dear No One" and Charlie Puth's "Suffer".

"Jung Da-bin, "Go Soo is somewhere between 'oppa' and 'uncle'""
by HanCinema is licensed under a Creative Commons Attribution-Share Alike 3.0 Unported License.
Based on a work from this source