Jung Da-bin in upcoming MBC drama "The Flower in Prison" 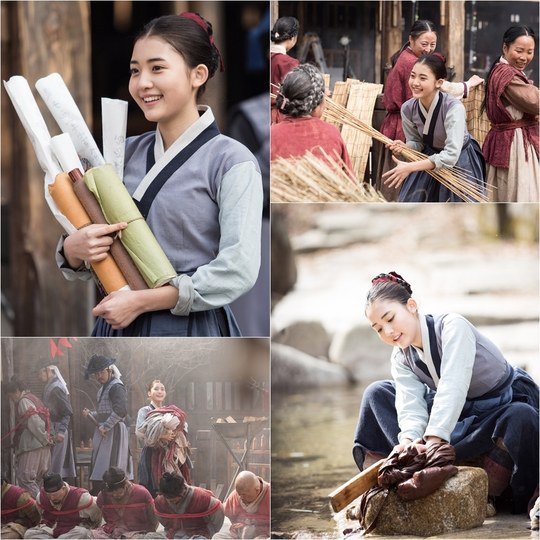 Jung Da-bin became the best housekeeper and she lights up the prison called Jeon Ok Seo.

MBC 55th Anniversary Special drama "The Flower in Prison" released stills of Jung Da-bin (in the role of young Ok-nyeo).

"The Flower in Prison" is a genius girl that was born in prison and goes on an adventure with the mysterious Yoon Tae-won. This drama is created by the hit-maker Lee Byeong-hoon and writer Choi Wan-gyoo. They have come back for the first time in 16 years. Jung Da-bin takes on the role of young Ok-nyeo.

Stills show Jung Da-bin working as a housekeeper in Jeon Ok Seo. Prison life can be seen through the prisoners who are taken in to their cells tied up in ropes. Behind them, Jung Da-bin is carrying armfuls of laundry and is helping other prisoners make blinds. She does laundry by the stream with a beating stick.

Despite the prison which can be said is the darkest place in the world, Jung Da-bin shines and brightens up the atmosphere. She doesn't lose her smile even while she's doing hard work.

"Jung Da-bin in upcoming MBC drama "The Flower in Prison""
by HanCinema is licensed under a Creative Commons Attribution-Share Alike 3.0 Unported License.
Based on a work from this source