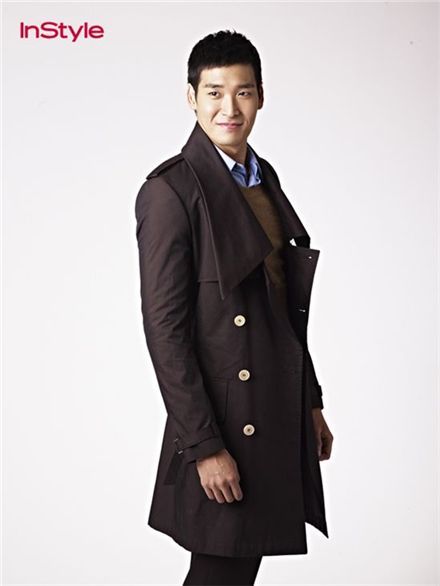 Korean actor Jung Gyu-woon has been cast as one of the male leads for an upcoming SBS drama.

A press release from his agency N.O.A Entertainment announced Friday that Jeong will join actor Park Shin-yang and actress Kim Ah-joong for the medical drama titled "Sign". Jeong will be playing the role of a playful yet scatterbrained inspector named Choi E-han.

"I am excited to be given a chance to work on another drama right away. I am determined and ready to take on this role since it will be my first time playing an inspector and the qualities of my character is similar to who I play in 'Doctor Champ'", Jeong was quoted as saying.

"Sign", helmed by famed producer Jang Hang-jun from movies "Break Out" and "Attack the Gas Station 2", is Korea's first medical drama on forensic scientists at a national institute for scientific institution.

Jeong made his debut in the mobile drama "5 Stars" and has since starred in numerous TV shows including "A Happy Woman", "Women in the Sun", "﻿Again, My Love" and "﻿Love You a Thousand Times﻿", which aired in Japan in May.

"Jung Gyu-woon joins cast of upcoming SBS medical drama"
by HanCinema is licensed under a Creative Commons Attribution-Share Alike 3.0 Unported License.
Based on a work from this source