Jung Hae-in as a Soldier Who Catches Runaway Soldiers in "D.P" 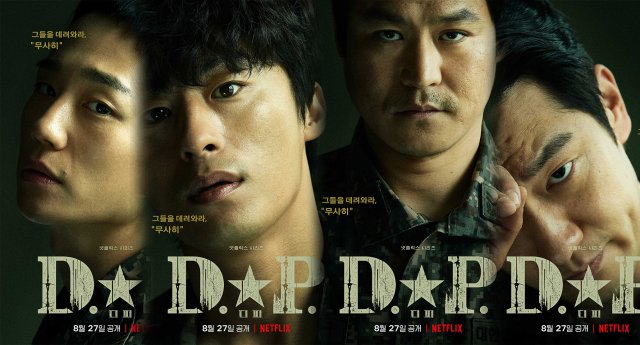 Actor Jung Hae-in takes off his soft image and returns as a strong character.

Netflix series "D.P" released a poster of the character on the 5th featuring Jung Hae-in, Koo Kyo-hwan, Kim Sung-kyun, and Son Sukku who have transformed into soldiers who catch deserters. 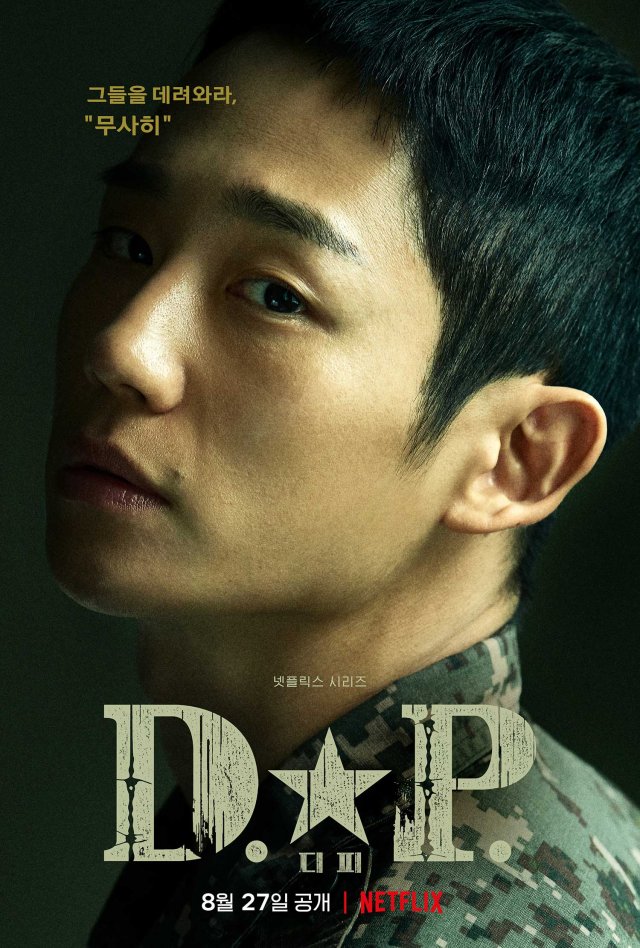 Jung Hae-in is looking ahead with a dull face but there's force. The caption 'Bring them back. Safely', catches the eye. It foretells the hidden story of the deserters.

Jung Hae-in digests the role of Ahn Joon-ho who is appointed to the arrest group D.P. He's a character who grows as he hunts down runaway soldiers in the military he joins to escape. He has a quick visuals and a unique career in boxing.

Director Han Jun-hee said, "Viewers will be able to feel empathy for Ahn Joon-ho as they watch him from being in society to joining D.P". 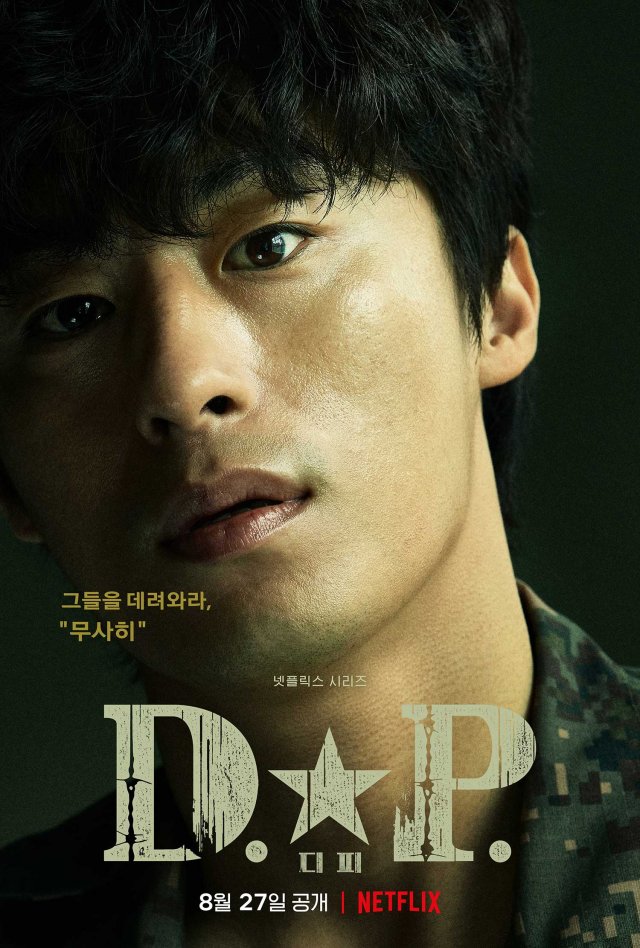 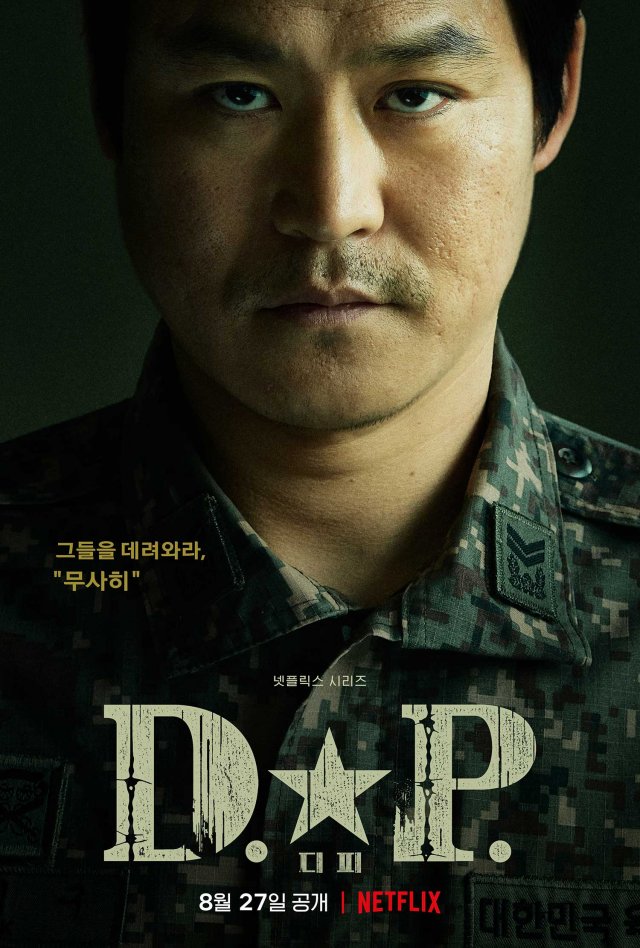 Kim Sung-kyun has a look of taciturn. He is a superior in "D.P", namely sergeant Park Beom-goo. His insight leads D.P. and becomes their reliable supporter. 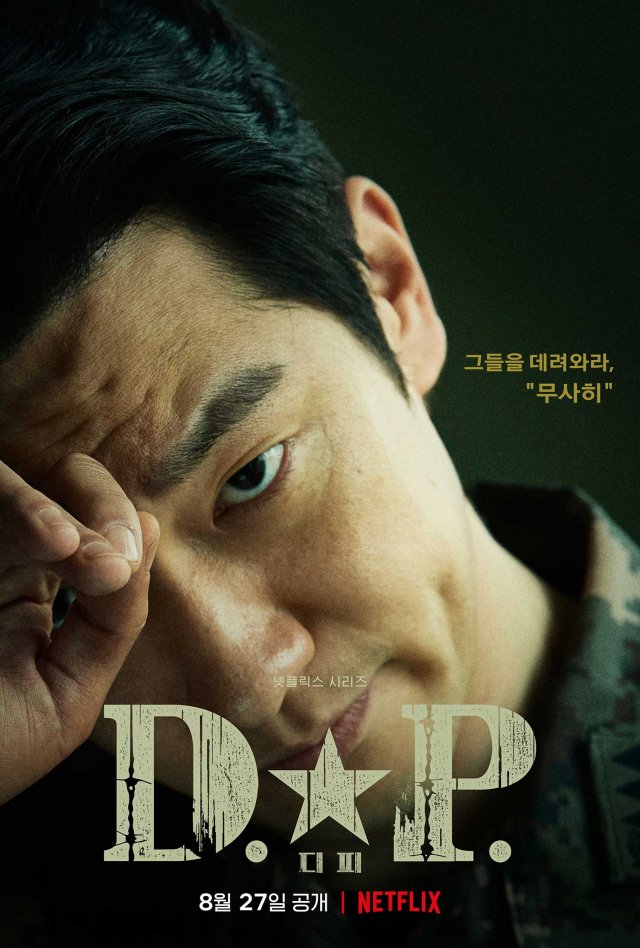 Son Sukku gives a sharp expression with a grimaced face. He plays the newly appointed captain Im Ji-seop. He stands in conflict with Park Beom-goo.

Jung Hae-in and Koo Kyo-hwan said, "Kim Sung-kyun held down the center for us all", and "There is a lot to learn from Son Sukku. I was surprised while monitoring him".

Writer Kim Bo-tong said, "I never dreamed of such a cast. They fit so perfectly into their roles that it seems like the roles were written for them".

"D.P" is the story of those who go after others with stories. It is based on an original webtoon by writer Kim Bo-tong and it is helmed by director Han Jun-hee.