Jung Hae-in Brings Back Nostalgic Memories in Another Melodrama 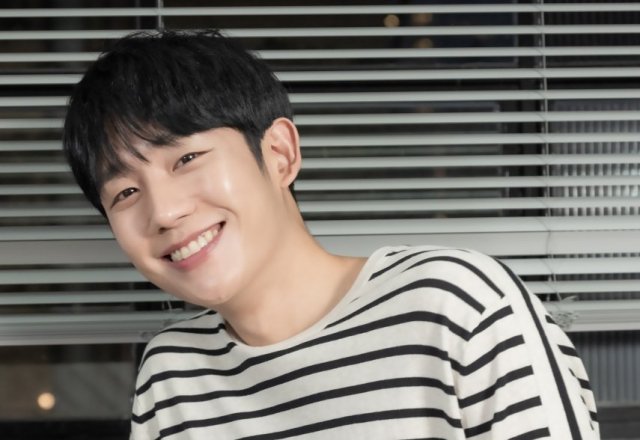 Heartthrob Jung Hae-in will appear in a big-screen melodrama alongside actress Kim Go-eun to be released next week.

"Tune in for Love" tells the love story of a young couple who come a long way over the span of 10 years as they repeat a cycle of leaving and encountering each other. Set against the backdrop of a popular radio program in the late 1990s and early 2000s, the film brings back nostalgic memories along with a number of good old songs popular at the time.

After debuting in a TV series in 2015, Jung suddenly shot to stardom after appearing in a couple of hit TV series, "Pretty Sister Who Buys Me Food" last year and "One Spring Night", which wrapped up last month, as he stole the hearts of many viewers with his good looks, tender smile and "sweet  guy" image.

"I ended up doing three melodramas in a row, but it wasn't planned at all", said Jung. "I didn't intend to do anything differently from previous roles, so my latest film may look similar to my previous work. But I hope viewers find something different", he added.

Fame has brought its own share of pressures, as Jung has shown signs of burnout recently. "I'm happy and grateful for the popularity I get, but it frightens me too. I fear that if I get complacent, it will destroy me, so I'm relentlessly hard on myself. But overall I realize that I need to care and love myself and be healthy", he said.

"Tune in for Love" will hit local theaters on Wednesday next week.

"Jung Hae-in Brings Back Nostalgic Memories in Another Melodrama"
by HanCinema is licensed under a Creative Commons Attribution-Share Alike 3.0 Unported License.
Based on a work from this source