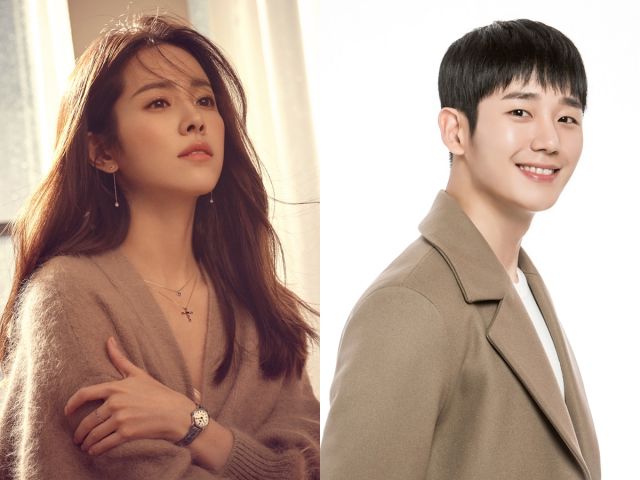 Actor Jung Hae-in will be paired with actress Han Ji-min in an upcoming TV series, which starts airing this spring.

The series, tentatively titled "One Spring Night", portrays a man and woman in their 30s who have been dating for a long time. They start looking back on their relationship and consider getting married.

Fans are already getting excited as Jung, who shot to stardom after his appearance in the hit TV series "Pretty Sister Who Buys Me Food", seems to have good chemistry with Han, raising expectations of another good romantic comedy.

The series is slated to air in May.

"Jung Hae-in, Han Ji-min to Warm Viewers with Rom-Com This Spring"
by HanCinema is licensed under a Creative Commons Attribution-Share Alike 3.0 Unported License.
Based on a work from this source