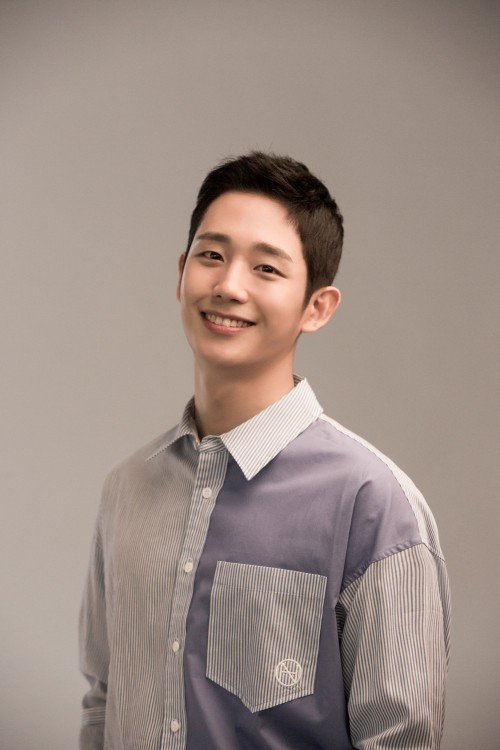 Actor Jung Hae-in will be attending the 2018 Asia Artist Awards.

Jung Hae-in has become the nation's 'favorite younger brother' through his recent drama "Pretty Sister Who Buys Me Food". He debuted in 2014 and starred in the dramas "The Three Musketeers - Drama", "Yeah, That's How It Is" and "Night Light" as well as movies "The King's Case Note" and "The Age of Blood".

He appeared in the dramas "While You Were Sleeping", "Prison Playbook" and the infamous "Pretty Sister Who Buys Me Food", which made him as popular as he is today.

He played the part of a Seo Joon-hee, a younger boyfriend who is cute, but manly when it comes to love. He won the hearts of many older women with his outstanding performance and also earned himself many commercials. He's currently filming a movie called "Tune in for Love".

This lucky star has becoming reputable enough to attend the Asia Artist Awards and meet his Asian fans.

The Asia Artist Awards is one of the best Asian festivals made up of 26 singer teams and 27 actors and provides Face Tickets in collaboration with KStar Group.

The show is based on Big Data for candidates and award winners and the popularity award is based completely on fan votes.

Asia Artist Awards is being held in Incheon Namdong Stadium on the 28th of November.

"Jung Hae-in to Attend the 2018 Asia Artist Awards"
by HanCinema is licensed under a Creative Commons Attribution-Share Alike 3.0 Unported License.
Based on a work from this source