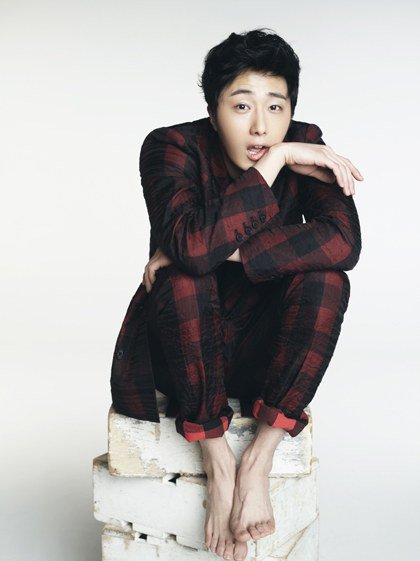 With one year left to go before he joins the army, actor Jung Il-woo is pretty cheerful. He appeared in the MBC drama "Golden Rainbow" for most of the early 2014 and in June, he's headed to Brazil with "Infinity Challenge" as part of a cheer squad. He's also lined up with fan meeting events and another piece of work at the end of the year. He sat down and spoke about being an actor with My Daily.

"Pressure about going to the army? I don't think it's a big deal if I work before I go and serve my duty well. I don't want to pressure myself before I go. Many asked me why I chose something as long as "Golden Rainbow" when it could be one of the last few [dramas] I act in before I go. But I think being an actor is a forever-job. That's why I don't worry. I am working with the mind that I can build bit by bit for a long time".

Jung Il-woo says he works with the thought of building more and more of himself with everything he does. The recent "Golden Rainbow" made him realize a lot. He played the role of Seo Do-yeong, a character who is caught up between a criminal dad and a lover who is the victim of his father.

"It wasn't easy expressing Seo Do-yeong. I worked with Jo Min-ki a lot this time and he gave me a lot of advice. It's going to help me a lot in building by foundation. I watched the final episode with my friends and although they usually don't comment about my acting, they said the warehouse scene was great".

He became known with the MBC sitcom "High Kick Through The Roof" but he's also played more serious roles. It was unusual to hear that he joined the cheer squad with some of the most cheerful and hyperactive guys in the country.

"I didn't know one episode would bring about such a wave. That's why everyone wants to be on TV shows. I'm close with many of the members on "Infinity Challenge" and the timing was great at the moment. I've always wanted to go to Brazil, too and now I can, to see the World Cup".

Veteran entertainers make up "Infinity Challenge". They advised Jung Il-woo to be comfortable.

"We met the first time and I didn't have a clue what was going on. I wanted to get comfy soon but they told me to enjoy it. So I did. We'll be in Brazil for about ten days and I am hoping to show everyone the side of me that you haven't seen before". 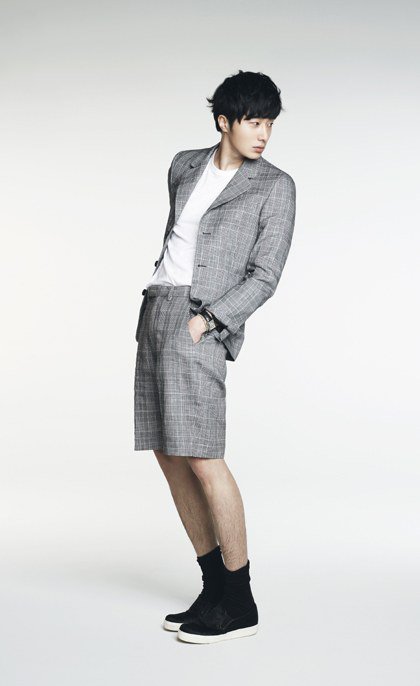 "Jung Il-woo, "Acting is forever""
by HanCinema is licensed under a Creative Commons Attribution-Share Alike 3.0 Unported License.
Based on a work from this source