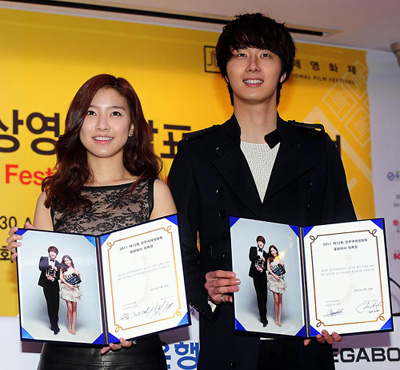 The news was released at JIFF's press conference held at the Sejong Hotel in Myungdong of Seoul on March 29th.?Both stars expressed the gratitude and honor that they felt. They promised to do all that they could to support the festival.

When asked what part of the festival they were looking forward to the most, Jung answered with the special tribute to director Lee Myung-sae. Kim pointed out the special event where she will personally help distribute snacks to event-goers.

JIFF will be featuring 190 different films from 28 different countries this year. The event will be running from April 28th to May 6th in the Korea Sound Culture Hall located in Jeonju.