Jung Il-woo at the skating rink 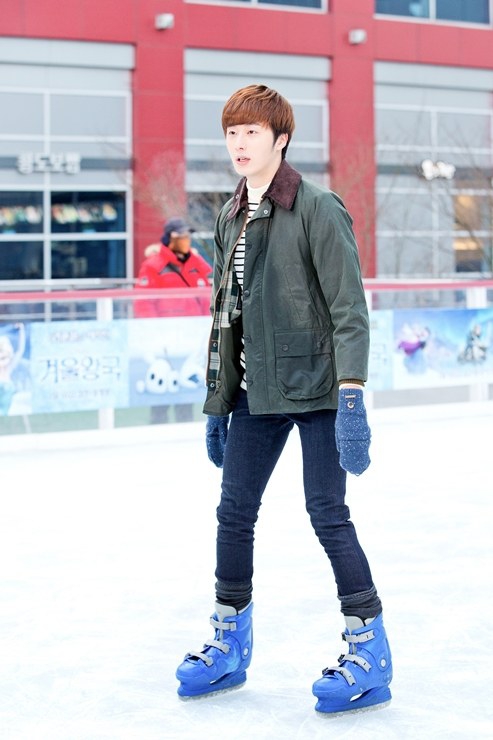 Actor Jung Il-woo was at a skating rink for a scene for the MBC drama "Golden Rainbow".

This scene is from the date scene of Do-yeong (Jung Il-woo) and Baek-won (UEE) and Jung Il-woo seemed to enjoy himself skating around the rink like a pro.

He was as happy as a child and didn't take off the skates even during break.

Meanwhile, "Golden Rainbow" shows Do-yeong and Baek-won just developing into a relationship while the drama rates the highest out of all the dramas aired at the same time. "Golden Rainbow" can be seen every Saturday and Sunday at 9:55PM.

"Jung Il-woo at the skating rink"
by HanCinema is licensed under a Creative Commons Attribution-Share Alike 3.0 Unported License.
Based on a work from this source