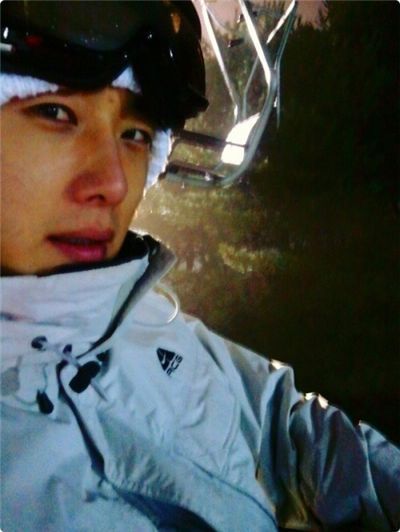 Last Monday, the 23-year-old heartthrob uploaded a picture of himself on a ski lift with a comment below saying",I'm at ski resort~^_^".

Fans who have seen the picture have left responses such as "I love seeing your pictures~I hope you had a fun time", "red nose" and "You look like you're freezing!"

Jung made his debut in 2006 with a role in the movie "The World of Silence" and has since appeared in several dramas, movies, music videos and commercials.

His popularity rose in Japan and China after he starred in MBC's sitcom "High Kick!" and TV series "Iljimae Returns - Moon River", "My Fair Lady" and held two fan meetings in Japan since last June.