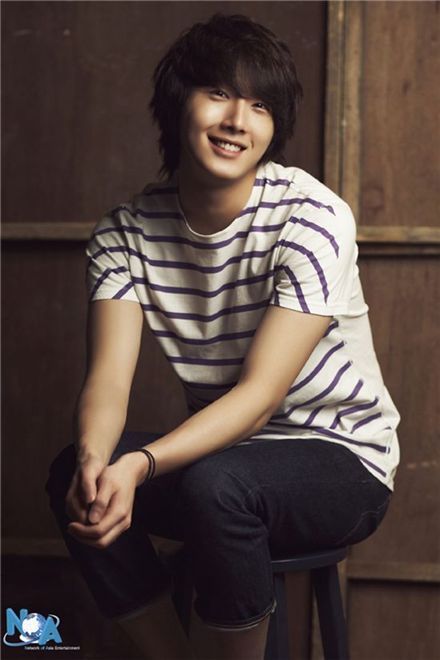 Korean heartthrob Jung Il-woo will meet with his fans in Japan for the second time over the weekend.

A press release from his agency N.O.A Entertainment announced Thursday that the star will hold a fan meeting which will be attended by about 1,000 fans at the Yamano Hall on November 11 in celebration of the launch of his official fan club in Japan.

The actor will take the stage to play the piano and sing several songs for the event.

"I am even more nervous and excited about meeting my fans in Japan since this will be after I open my official fan club", Jeong was quoted as saying.

His popularity rose in Japan and China as well after he appeared in MBC's sitcom "High Kick!" and dramas "Iljimae Returns - Moon River", "My Fair Lady" and held his first promotional fan meeting in June last year.

Jeong, 23, made his debut in 2006 with a role in the movie "The World of Silence". He has since appeared in several dramas, movies, music videos and commercials.

"Jung Il-woo to hold fan meeting in Japan over the weekend"
by HanCinema is licensed under a Creative Commons Attribution-Share Alike 3.0 Unported License.
Based on a work from this source