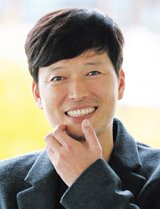 Jung Jae-young won the award for best actor at the 9th Asia Pacific Screen Awards in Brisbane, Australia on Thursday.

He received the honor for his role in "Right Now, Wrong Then", which also won the highest honor at the Locarno Film Festival in Switzerland in August.

The annual event takes place with the aim of introducing films from the Asia-Pacific region to the rest of the world.

"Jung Jae-young Named Best Actor at Film Awards in Australia"
by HanCinema is licensed under a Creative Commons Attribution-Share Alike 3.0 Unported License.
Based on a work from this source