Jung Kyung-ho to hold first meet and greet in Japan 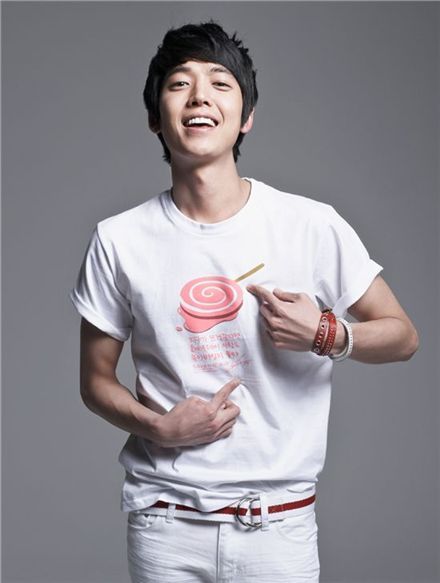 Korean actor Jung Kyung-ho will hold a meet and greet for the first time in Japan this Sunday, according to his agency N.O.A Entertainment on Thursday.

N.O.A. announced in a press release that Jeong will hold his first Japan fan meeting on August 8 at the IMA Hall located in Tokyo.

The actor plans on performing a song, unveil never-before-seen footage from the drama "Princess Ja Myung Go" and hold a hand-shaking session with fans.

"I am really excited and looking forward to meeting my Japanese fans. I am thankful that several Japanese fans came to my Korean fan meeting and it makes me happy that I am given an opportunity to meet them directly", Jeong was quoted as saying, adding that he hopes to show his fans a good time.

He will also be attending a special screening and promotional event for the series "Princess Ja Myung Go" hosted by Japan's LaLaTV a day prior to the fan event.

LaLaTV will air the drama in mid-October as part of celebrating the tenth year of the broadcasting company. They invited Jeong to introduce the series as well his feelings in starring in the show.

An official from N.O.A. explained that Jeong has already formed a fan base in Japan with his previous works such as "Sorry, I Love You" and "Time Between Dog and Wolf - Drama".

Jeong, 28, made his debut in 2004 in the mobile drama "5 Star". He rose to stardom with his role in KBS' international hit series "Sorry, I Love" (KBS) alongside top Korean stars So Ji-sub and Lim Soo-jung.

He will arrive in Japan on August 7 and carry out with his activities for three days.

"Jung Kyung-ho to hold first meet and greet in Japan "
by HanCinema is licensed under a Creative Commons Attribution-Share Alike 3.0 Unported License.
Based on a work from this source