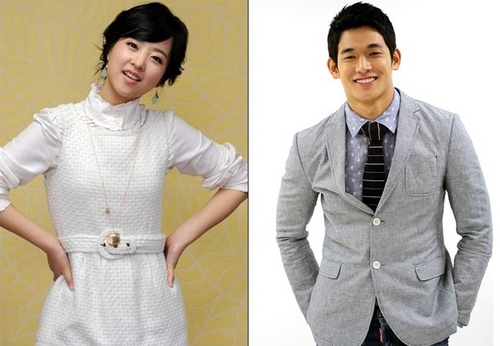 To depart in mid-January

The two if them are considering starring in the SBS entertainment program "Jungle Law" in New Zealand. SBS sources say, "We have invited the actress and actor to join us. They have shown great interest and it seems like they will on the flight to New Zealand with us soon".

If they confirm, they will be leaving for New Zealand in the middle of the month. Other actors or actresses will be on the team as well including the existing members of the TV program.

Jung Suk-won and Park Bo-young are expected to be contrary to each other. As much as he's from the Marines and master in martial arts, Jung Suk-won should be outstanding in the life of the wild. On the other hand, the cute and innocent Park Bo-young might have a tough time in the wilds.

Park Jung-chul, Park Sol-mi, Lee Tae-gon and other actors and actresses who are usually never seen on entertainment TV programs have succeeded in creating new images on this program. Therefore there are many who want to star in "Jungle Law".

"Jung Suk-won and Park Bo-young to join "Jungle Law" in New Zealand"
by HanCinema is licensed under a Creative Commons Attribution-Share Alike 3.0 Unported License.
Based on a work from this source