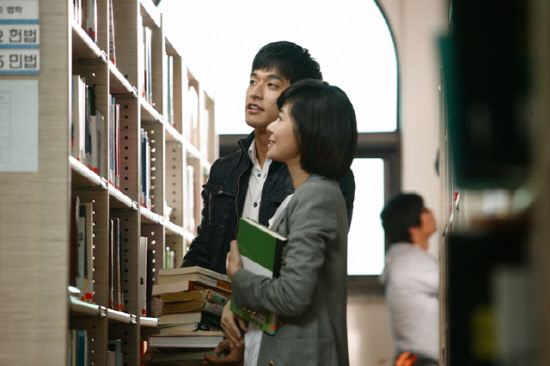 A participant in the Jeonju International Film Festival (starts 28th) that started online ticketing last week, "Secrets, Objects" sold out on tickets within 9 minutes of opening. Those who haven't been able to purchase tickets are apparently on the move to buy any other remaining tickets.

Jung Suk-won's management revealed, "We didn't know the movie would be so responsive by fans. To return the favor Jung Suk-won is going to appear in the opening and closing of the official events and even attend the "Conversation with the Audience" to communicate with them".

Meanwhile, "Secrets, Objects" is a nominee for Korean feature films in the Jeongju International Film Festival. The movie shows the love and desire felt by a female professor (Jang Seo-hee) for a male student (Jung Suk-won) who took part in her research paper, from a matter's point of view.

"Jung Suk-won's first lead movie, Jeonju fil festival ticket gust"
by HanCinema is licensed under a Creative Commons Attribution-Share Alike 3.0 Unported License.
Based on a work from this source