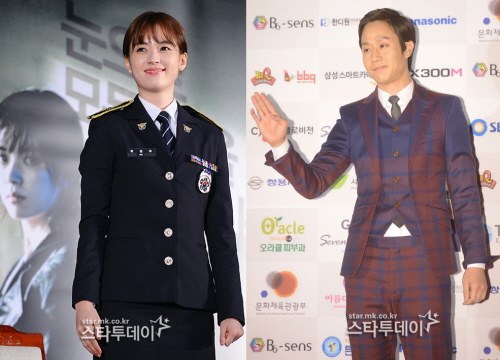 Actor Jung Woo is co-starring in the movie "C'est Si Bon" with Han Hyo-joo this time.

This movie is about a man's unforgettable first love and the classical guitar music played back in the days in a music class called C'est Si Bon.

It's the rebirth of "C'est Si Bon and Friends", a movie that aroused the retro trend once again in 2011. Based in the music class C'est Si Bon which created artists like Jo Yeong-nam, Yoon Hyeong-joo, Song Chang-sik, Lee Jang-hee and others, this movie is about the behind story of legendary duet Twin Polio and their muse.

Starting off with the assumption that Twin Polio actually started off as a trio, Han Hyo-joo and Kim Hee-ae have been cast to play the role of Min Ja-yeong, who is the muse to Oh Geun-tae, Jung Woo and Kim Yun-seok.

Jung Woo who gained mass popularity through "Answer Me 1994" with Go Ara, Han Hyo-joo from "Masquerade", Kim Yun-seok from "The Thieves" and Kim Hee-ae from the movie "Thread of Lies" take on the role of one character each, expressing 20 years of time.

This movie is directed by Kim Hyun-seok from "Cyrano Agency" and other romantic comedies and the movie starts filming in May.

"Jung Woo in "C'est Si Bon" with Han Hyo-joo"
by HanCinema is licensed under a Creative Commons Attribution-Share Alike 3.0 Unported License.
Based on a work from this source