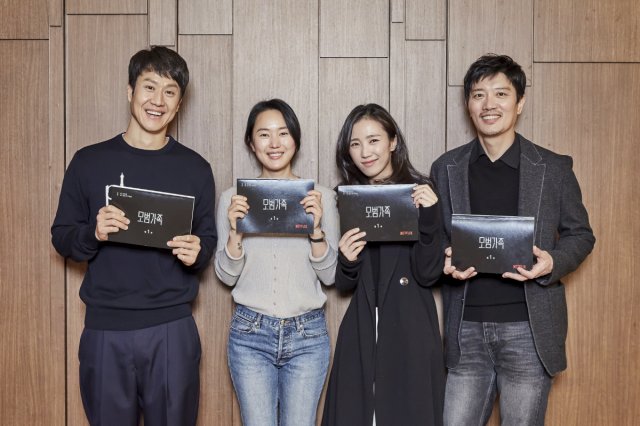 Netflix announced the casting news on the 31st. "Exemplary Family" tells the story of an ordinary head of a household, who is on the verge of bankruptcy and divorce, who accidentally finds a car with a large amount of money and becomes entangled with the drug ring's second-in-command.

Director Kim Jin-woo-II takes on the megaphone. The production will be done by Production H from "Homemade Love Story" and "The Tale of Nokdu".

Jung Woo is ordinary Dong-ha, the head of a household who becomes entangled with a drug ring in "Exemplary Family" and Yoon Jin-seo plays Eun-joo, Dong-ha's wife and hides unknown secrets. In addition, Park Ji-yeon-I plays Joo-hyeon, the head of the drug investigation team investigating Dong-ha and Gwang-cheol.

The premiere date of the work has yet to be decided.