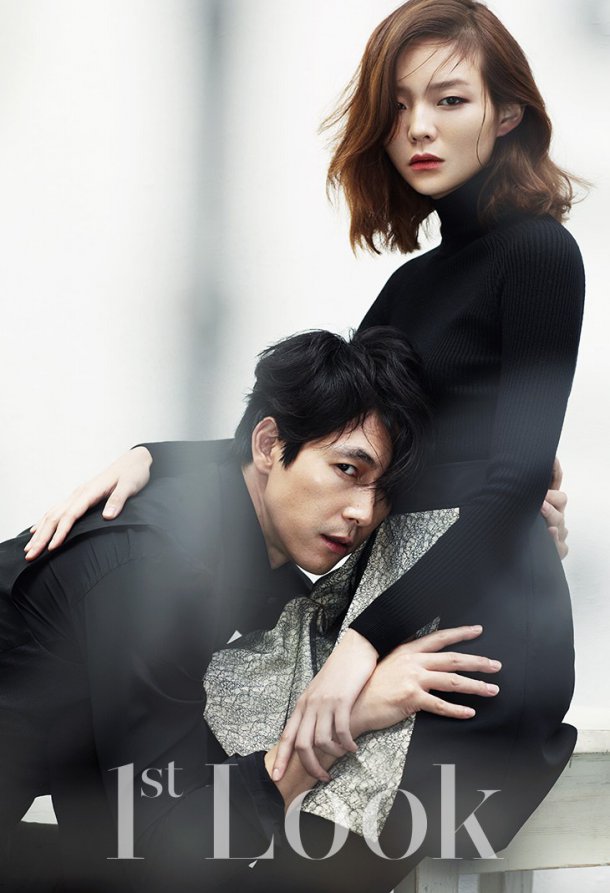 They displayed chemistry different from the movie they starred in together, "Scarlet Innocence".

In the role of Hak-gyu, who betrays love and loses everything in return, Jung Woo-sung looks like the man who lost everything including his sight. He looks sad and depressed.

In the role of Se-jeong, who risks everything she has but then dreams of dangerous revenge, Esom posed in black and burgundy dresses, showing off the talents of a former model.

Jung Woo-sung and Esom in one frame portray passionate but poisonous love through their pose and expressions.

In the following interview, Jung Woo-sung said, "I have to create a new character named Hak-gyu instead of changing Jung Woo-sung. It's not going to be easy, but I find the process interesting and I will feel achievement when it's over.

Esom said, "I feel great responsibility because it's my first title role. I want to be evaluated for my works".

The photos of the two of them can be seen in the 76th issue of First Look. 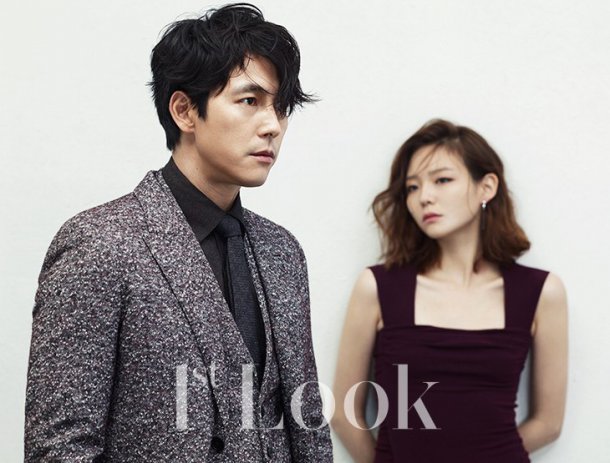 "Jung Woo-sung and Esom in "Scarlet Innocence""
by HanCinema is licensed under a Creative Commons Attribution-Share Alike 3.0 Unported License.
Based on a work from this source