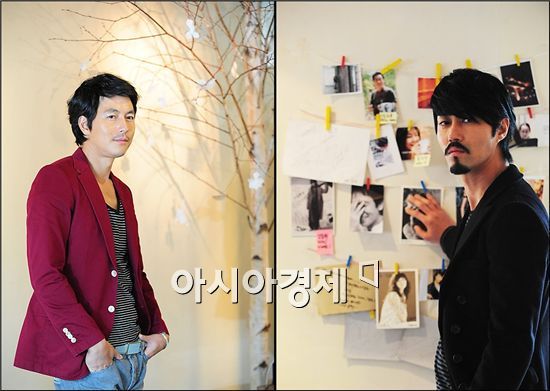 Top Korean actors Jung Woo-sung and Cha Seung-won have been set to play the main characters in the sequel to last year's blockbuster TV series "IRIS", according to drama producers Taewon Entertainment on Wednesday.

Like the original series, the upcoming show returning to the small screen with its new title "ATHENA" after the Greek god, will be about terrorist acts and threats against the Korean Peninsula and the whole world.

Jeong will play the role of Lee Jung-woo, a special agent, who will fight to maintain peace on the Korean Peninsula while Cha is set to take on the role of Son-hyuk, the leader of a terrorist group who will accomplish any given task for his organization.

Production for "ATHENA" is scheduled to begin in June in Italy and Switzerland and continue onto six other different countries including Singapore and New Zealand. Taewon is aiming at showing the series during the latter half of this year.

Jeong will be making his TV comeback for the first time in 15 years with this action piece after shooting dramas "Asphalt Man" (1994) and "1.5" (1996). He has also starred in a number of hit films including "Beat" and "The Good, the Bad, the Weird".

"Jung Woo-sung, Cha Seung-won cast for "IRIS" sequel"
by HanCinema is licensed under a Creative Commons Attribution-Share Alike 3.0 Unported License.
Based on a work from this source