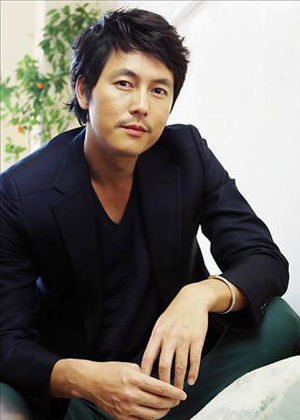 Actor Jung Woo-sung canceled his birthday party and drank with the chief director of his agency instead.

Star actor Jung Woo-sung, who has been directly hit by the stir caused by "Seo Taiji and Lee Ji-ah", spent his 38th birthday in shock and sorrow on April 22. An old friend and the chief director of Taurus Film (to which Jung Woo-sung belongs) named Kim Yeon Hak posted his writings on his Twitter account on April 22 at around midnight, "I drank with my old friend (Jung Woo-sung) whom I have spent time together for the past 24 years. I just want to say that time goes fast".

He continued, "He is having a hard time, and I am also having a hard time looking at him. Today, I was not his boss, but his old friend". Jung Woo-sung had reportedly planned to have a birthday party with his girlfriend Lee Ji-ah and his close friends, but the plan had been canceled when the shocking news that Lee Ji-ah had married Seo Taiji, divorced, and have been under a lawsuit was disclosed one day before his birthday. Kim Yeon Hak met Jung Woo-sung to console him while having a drink with him. On April 21, when the news was reported, Jung Woo-sung said only one statement, "I cannot believe this. I hope this is not true". Kim also said during the interview with Yonhap News on the phone, "Jung Woo-sung told me that he could not believe any of the words from people. He was extremely shocked by the news".

Jung Woo-sung and Lee Ji-ah became a couple while they acted together in the SBS TV drama "ATHENA", that finished airing last February, and Jung Woo-sung officially admitted that he had been dating Lee Ji-ah. Netizens all agreed that Jung Woo-sung was the biggest victim from the stir caused by Seo Taiji and Lee Ji-ah.

"Jung Woo-sung Reportedly Having Hard Time"
by HanCinema is licensed under a Creative Commons Attribution-Share Alike 3.0 Unported License.
Based on a work from this source