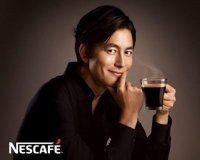 Top Korean movie star Jung Woo-sung won best supporting actor's award at the third Asian Film Awards for his role in kimchi-western "The Good, the Bad, the Weird". Directed by Kim Jee-woon, the star-studded blockbuster was the highest grossing film in Korea last year. The film received eight nominations at the Asian Film Awards  best film, best director, best actor (Song Kang-ho), best supporting actors (Lee Byung-hun, Jung Woo-sung), cinematography, visual effects and best composer. Na Hong-jin's thriller hit "The Chaser" followed with three of its own nominations, but the film failed to win any. Another Korean film "Rough Cut", directed by Jang Hoon and starring So Ji-sub, also came away empty, but its star So did garner international attention by being nominated in the category of best newcomer.