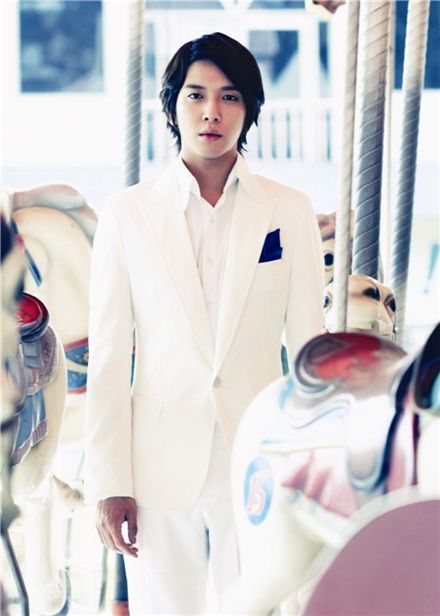 Korean rock band CNBLUE's leader Jung Yong-hwa is being considered for roles in upcoming dramas, movies and musicals, according to his agency FNC Music on Wednesday.

FNC announced in a press release that Jeong has been offered five roles each in dramas and musicals, as well as two movie roles.

However, Jeong is planning on focusing on his music career, promoting their latest release overseas through events in Singapore, Japan, Hong Kong, China and other countries in the Asia region.

"Jeong is thinking about making a decision on choosing a drama or movie in the latter half of the year because he wants to focus on his activities overseas right now", an associate from FNC explained.

Jeong, who gained popularity through his role in SBS hit TV series "You're Beautiful" last year alongside Hallyu stars Jang Keun-suk and Park Shin-hye, is the frontman for the boy band CNBLUE.

They recently released their second mini-album "BLUE LOVE" featuring the title track "LOVE" which has topped numerous online and offline music charts since its release in May 19.

He is currently appearing as a make-believe couple in MBC's reality show "We Got Married" with Girls' Generation's Seohyun.